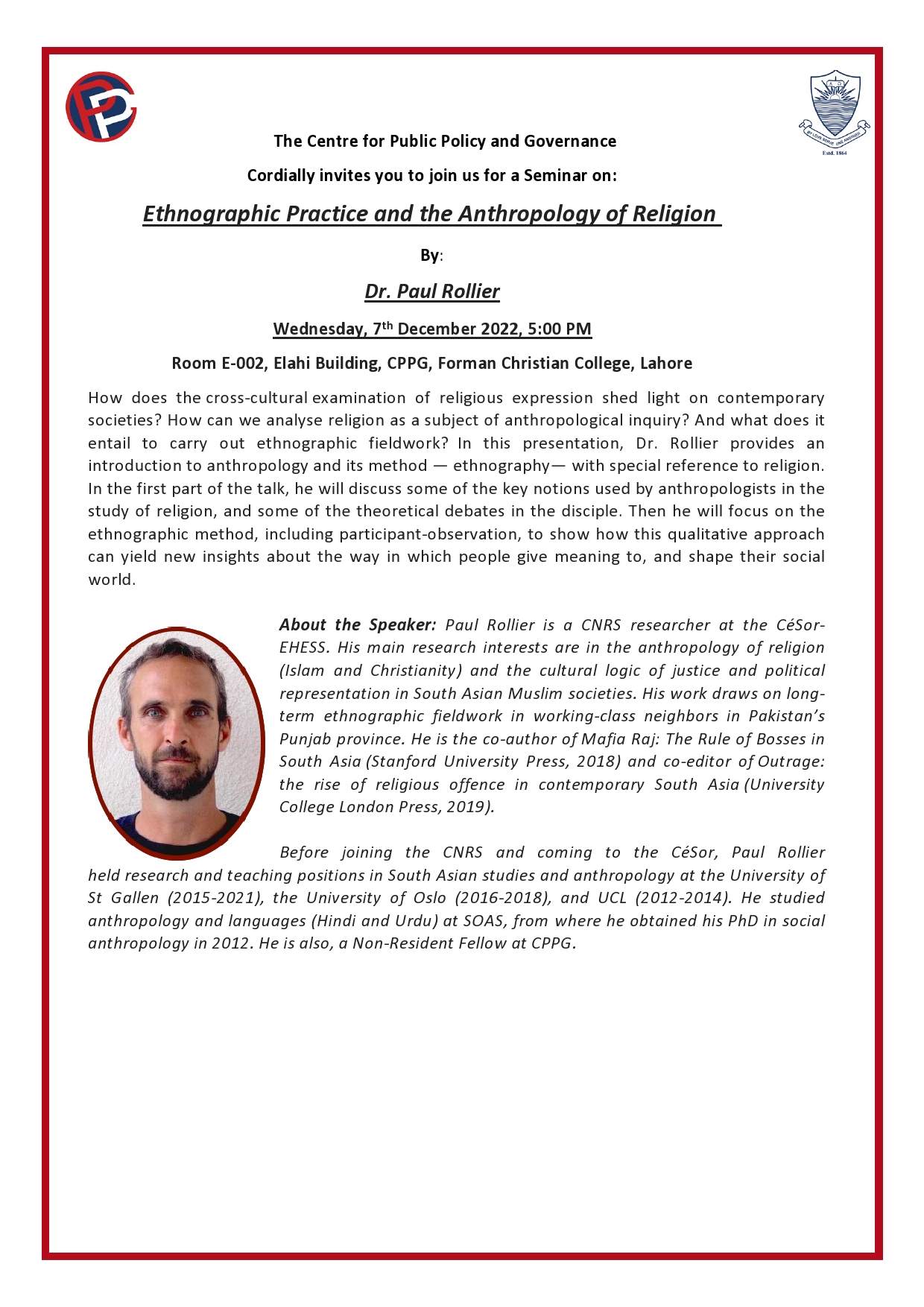 Cordially invites you to join us for a Seminar on:

Ethnographic Practice and the Anthropology of Religion

About the Speaker: Paul Rollier is a CNRS researcher at the CéSor-EHESS. His main research interests are in the anthropology of religion (Islam and Christianity) and the cultural logic of justice and political representation in South Asian Muslim societies. His work draws on long-term ethnographic fieldwork in working-class neighbors in Pakistan’s Punjab province. He is the co-author of Mafia Raj: The Rule of Bosses in South Asia (Stanford University Press, 2018) and co-editor of Outrage: the rise of religious offence in contemporary South Asia (University College London Press, 2019.
Before joining the CNRS and coming to the CéSor, Paul Rollier held research and teaching positions in South Asian studies and anthropology at the University of St Gallen (2015-2021), the University of Oslo (2016-2018), and UCL (2012-2014). He studied anthropology and languages (Hindi and Urdu) at SOAS, from where he obtained his PhD in social anthropology in 2012.