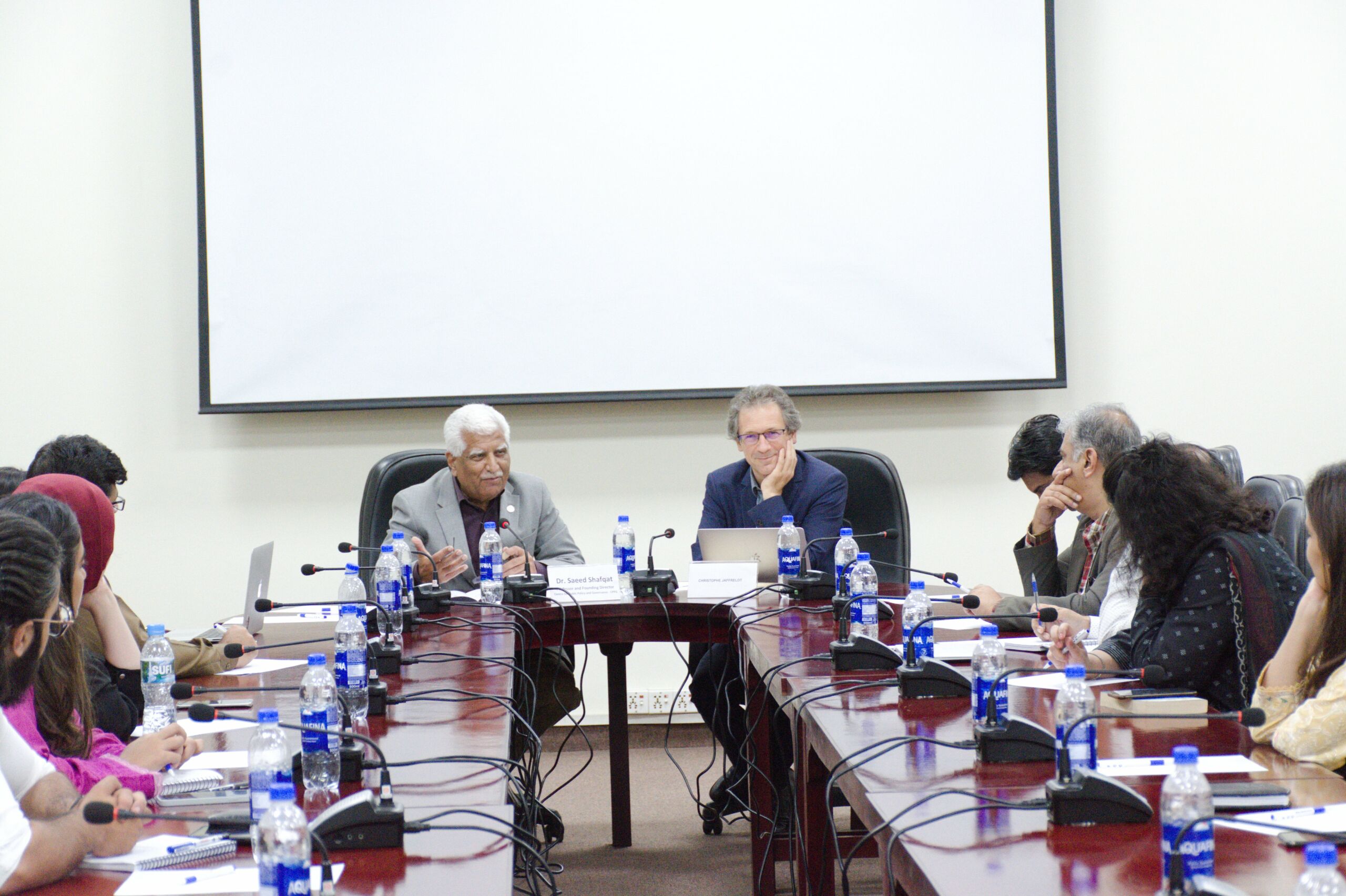 On 17 October 2022, the Centre for Public Policy & Governance (CPPG) organised a book discussion on the historical and current transitions of democracy in South Asia.

In his talk, Professor Jaffelot highlighted the recent findings from his book ‘Modi’s India: The Rise of Hindu Nationalism and Ethnic Democracy’. He articulated how various strands of Hindu nationalism were transforming Indian democracy. The talk featured insight on the rise of electoral authoritarianism & national populism in the sub-continent. Advising the Doctoral and M Phil students, Jaffrelot also laid out the importance of choosing a methodological approach that provides unbiased responses to sensitive subject matter. Jaffrelot provided key tips on interviewing followers of controversial ideologies.An interactive discussion was also held with CPPG students and faculty to explore the impact of weakened oversight institutions during ethnic democratic rule in India. Jaffrelot stated, “It is interesting to observe the merging of Indo-nationalism and populism in one man”. A vigorous Q&A Session complemented the discussion and allowed open debate on the current state of democracy in South Asia.