Home>studentquarterly>Editorial – What is wrong with the Single National Curriculum?

Editorial – What is wrong with the Single National Curriculum? 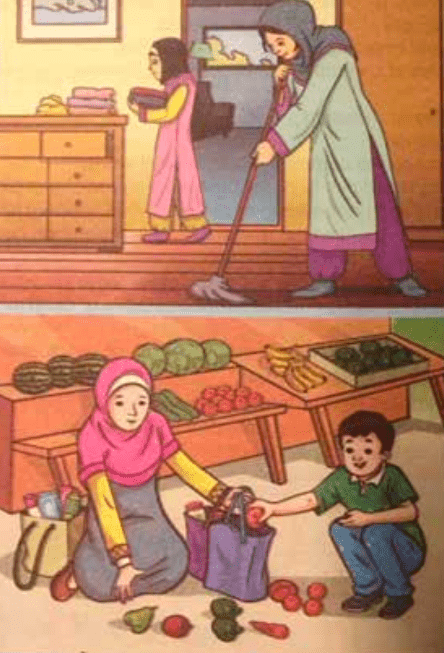 The Single National Curriculum claims to be a uniform syllabus being taught across Pakistan in a strive of the PTI government to eliminate disparity and provide equal opportunities for children. This policy is being framed to develop till 2023 following the details; grades one to five till March 2021, six to eight till March 2022, and matric to intermediate in March 2023. Punjab has accepted this policy except for a few institutes in the province including Aitchison college. Other provinces are reluctant to adopt this policy, notably the Sindh government, which has argued that “federation allows provinces in education choices so, we will see whether to adopt it or not”. The Single National Curriculum (SNC) is an abrupt policy transition of the PTI government to bring equality in the education system while ignoring the aftereffects to the students learning in different educational structures. The current educational structure does not necessarily fit in with the SNC pedagogy and language of the provinces. With an ideological thrust of uniformity on SNC, flexibility to sustain contemporary standards of educational institutes is minimized. Moreover, it would not allow those, who can afford, to pursue better options. Furthermore, the younger generation would be alienated from the regional languages and their cultural significance because SNC can’t advertise the cultural context and languages of all provinces. SNC also has a stereotypical approach towards women based on their representation. In the science subjects the references of Islamic teachings could adversely effect the views of the non-muslim students. The existing gap between the two syllabuses SNC and previous needs to be filled first, before implementing such a wide-ranging policy. An SNC wouldn’t only affect the private sector’s education system but also the public school’s curriculum. Both sectors would equally suffer in order to transition to such a system. SNC possibly doesn’t present an accurate picture of our diverse culture as each province has varied historic, linguistic and cultural significance and a single curriculum would not be able to cater to these variations. Additionally, there are concerns with respect to gender representations as the SNC takes a stereotypical approach towards women by often representing them as housewives. While proponents of the SNC make a case that it will eliminate disparities by requiring all children in the country to read and learn the same material, this article argues that it SNC will likely contribute towards furthering socioeconomic disparities.

The SNC does not take into consideration the aspect of accessibility or differing capabilities of students. If a parent can afford a better education that develops their child’s intellectual capabilities, the SNC will stand as a hurdle. Schools may have different pedagogy and ideology that is not consistent with the SNC even if a child is capable and has the potential to do better. Infrastructural differences and access to learning tools also vary across the country, with some schools offering state of the art technology to its students. If a SNC is to be enforced, schools with access to these resources may not be able to utilize them for their students, working below their potential. According to an ASER survey in 2019, out of total enrollment 77 % of children were enrolled in public schools. The survey further highlighted that children enrolled in private schools were having better academic performance than those enrolled in public schools.1 The SNC instead of creating a positive impact will create a negative impact on the child’s future forcing him/her to abide by a uniform system. This would eventually staganate the child’s growth and impact Pakistan’s human capital development. It also forbids a parent’s right to choose the education for their child which is problematic. According to Article 26 of the Universal Declaration of Human Rights (UDHR) and Article 18 (4) of the International Covenant on Civil and Political Rights (ICCPR) state parties must respect parents’ choice and, when applicable, legal guardians to ensure the religious and moral education of their children in conformity with their own convictions.2 Pakistan recognises and abides by these articles, but the SNC fails to take them into account. Instead of forcing schools to adopt an SNC, a better policy option may be to enforce an outreach policy, whereby it is mandatory for high-tech, well-endowed schools to offer financial support to students from low-income backgrounds. This would help ameliorate inequalities in educational achievement and employment opportunities in the long run.

Language and culture are areas of child education that the SNC fails to cater to. Firstly, English is to be taught as a language, not as a subject; which means that not all courses will be taught in the English language. This may have consequences for students in higher education, given that higher education in Pakistan uses English as a medium and the current research, which feeds into our bachelors and postgraduate courses, is available in English. This will in turn affect the quality of research being produced within Pakistan as well and the competitiveness of our university students in the international job market. Another aspect is that regional languages and cultures are not taken into consideration. Punjabi, Sindhi, Pashto, and Balochi are equally important. Why are they not being taught as subjects depending on the province in which the school is located? Each province has its blend of history, art, culture, and language. According to the 18th Amendment in the constitution of Pakistan, education is a provincial affair, allowing people to promote their language and culture through the education system. Yet the SNC conflicts with this right and poses a challenge to the provincial education departments.

Proponents of the SNC make the case about analytical, critical, and creative thinking as a key consideration during its design. If this is the case then the SNC will not be enough to make it come to reality. Factors such as school environment, pedagogy and evaluation methods, socioeconomic situation, parent’s income level and education, home environment, and so on all have an impact on a child’s capacity to think analytically, critically, and creatively. Moreover, gender disparity also contributes to analytical, critical and creative thinking in children.3 Many researches have highlighted this factor, for instance Torrance4 emphasizes that female students are more influenced by the environment they are surrounded by and Zetriuslita et al., also had similar conclusions in terms of critical thinking and creative thinking among male and female students.5 The culture and environment available for female or male students depending on circumstances will also play a key role. Government along with implementation of SNC should take other factors into account and develop programs that could be of help. Like after school programs or workshops for teachers to play a role in this process. Therefore, the SNC should not be promoted as a solution to the interlinking factors that may affect a child’s overall learning and educational outcomes.

The incorporation of religion and reinforcement of patriarchal hegemony in the newly developed SNC has caused quite a stir amongst educationists, women and minority rights activists circles of Pakistan. A textual analysis carried out by The Current, a digital news outlet in Pakistan, showed that around 7.47%6 references of Islam were made in non-religious books like Mathematics, Social studies, Urdu, Science and General knowledge designed according to the SNC. In the same report, it is mentioned that around 41.6%7 of females shown in the books are wearing the hijab, a veil covering the head, which is worn by some Muslim women but not by the majority of the female population in Pakistan. Majority of the women that appear in the SNC designed textbook images are shown in subservient positions as compared to the men and are mostly seen doing domestic work or taking care of their families, internalizing gender roles in young minds from an early age.Hifz of Quranic Surahs and Hadith from class 1-89 has been made mandotary for all Muslim students accoring to the new guidelines for Islamic Studies. This not only forces religion, which is a private matter of each individual but also perpetuates a rote learning environment for students. These educational reforms are thus said to be mirroring President Zia ul Haq’s Islamization policy in the guise of national integration. In a country already plagued with religious extremism and radicalization, the inculcation of conservation religious values at a very young age can lead to further radicalization of society. The texts pertaining to religion perpetuate the teachings of a single school of thought and lack religious inclusivity, failing to cater to other sects or faiths. According to Article 22(1) of the Constitution of Pakistan, “No person attending any educational institution shall be required to receive religious instruction, or take part in any religious ceremony, or attend religious worship, if such instruction, ceremony or worship relates to a religion other than his own.”10 thus the inclusion of religious text in subjects like Science English or Social studies, which are taught to Muslim and non-Muslim students alike, is in direct conflict with the fundamental rights that the Constitution of Pakistan guarantees non-Muslims citizens. 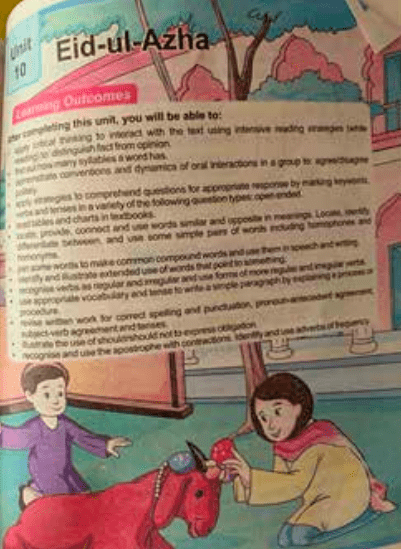 Several Surveys reflect the educational standard that could be dragged down by the SNC. The SNC policy has brought with it several gaps that remain unaddressed. Moreover, the education system’s updation is a prerequisite to implement this structure; in the form of teacher training, countering cultural differences, providing equal opportunities to learn their regional languages and maintaining a standard for both private and public sectors. Pakistan has a rich cultural heritage and our cultural history is vibrant enough to teach the students about the history and culture of provinces rather than forcing one curriculum. The curriculum tilt towards a religion could raise extremism and can curb the democratic values. SNC must not be a tool of producing the same minds, instead a holistic, equality inducing education policy is needed that promotes critical thinking and innovation amongst students.