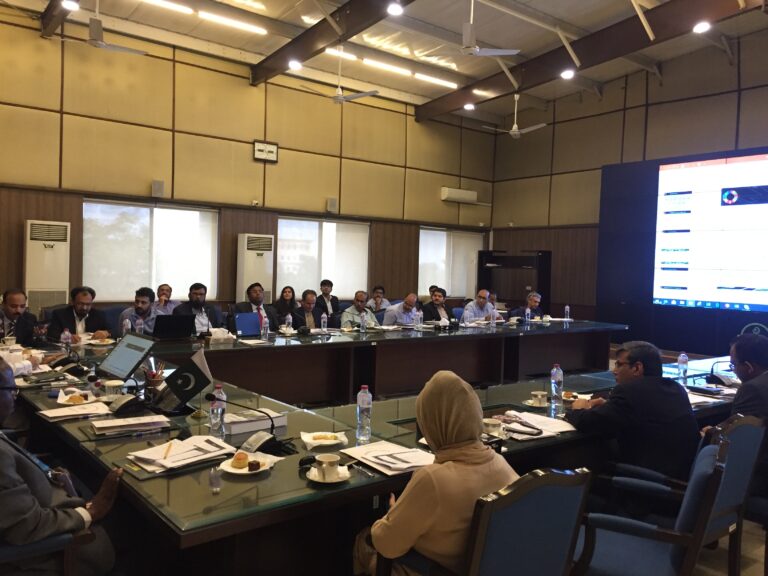 Home>Advisory Council Meeting for Approval of the SDGs Framework

Advisory Council Meeting for Approval of the SDGs Framework

On the 18 of September 2019, Punjab SDGs Unit held an Advisory Council Meeting for Approval of the SDGs Framework. Saba Shahid, Research Fellow represented the CPPG at the event.

Within the overarching ambit of the National Initiative for the SDGs, Punjab Government, Planning & Development Board launched Punjab SDGs Project in partnership with United Nations Development Programme (UNDP) aims to achieve the 17 Goals through pursuing the following interlinked key outputs:

To ensure effective coordination among all stakeholders at the sub-national level, and to ensure horizontal and vertical policy coherence for SD

Gs, the P&D Board has constituted 04 cluster groups (Social, Economic, Environment & Governance) to support SDGs implementation process and identification of provincial SDGs priorities. CPPG has been chairing and hosting the Governance Cluster at FC College.

During the course of the event, Mr. Shahid Farooq, Project Manager SDG Unit presented an overview of their framework and Mr. Shehzad Khalil spoke about the process of determining the target prioritisation for Punjab. These are classified into the Short-run, Medium-run and Long-run time frames.

During the discussion session Ms. Saba Shahid raised the question of the new Punjab Local Government Act 2019 and what the SDG Unit’s strategy is to implement the SDGs at the local level in a context of significant confusion between the mandates of the provincial government, the local government and the elected representatives. What role does the SDG Unit see itself playing in an environment where the different tiers of government are struggling to understand their public service delivery responsibilities? The SDG Unit responded that this is a challenge however the Unit is working with the Local Government Department to localize the SDGs. In March 2017, the Federal SDG Unit organized an SDG Summit with local representatives which indicated willingness to adopt the various targets. Additionally there are district SDG committees in place to facilitate the process. The Unit also relies on the support of the civil society. The SDG Unit is also preparing itself to interact with the local government as their functions become clearer.

Several participants spoke about the need to determine a financial pathway for the implementation of the SDGs, the possibility of setting up an SDG Fund with help from various donor partners and international agencies. The significant role of the private sector in organizing financial resources was also raised while the need to align the SDG finances to the National Development Programme was also raised as an option.

Finally, gender as a crosscutting mandate of the various SDGs was stressed upon, gender mainstreaming must be included in all priority processes.