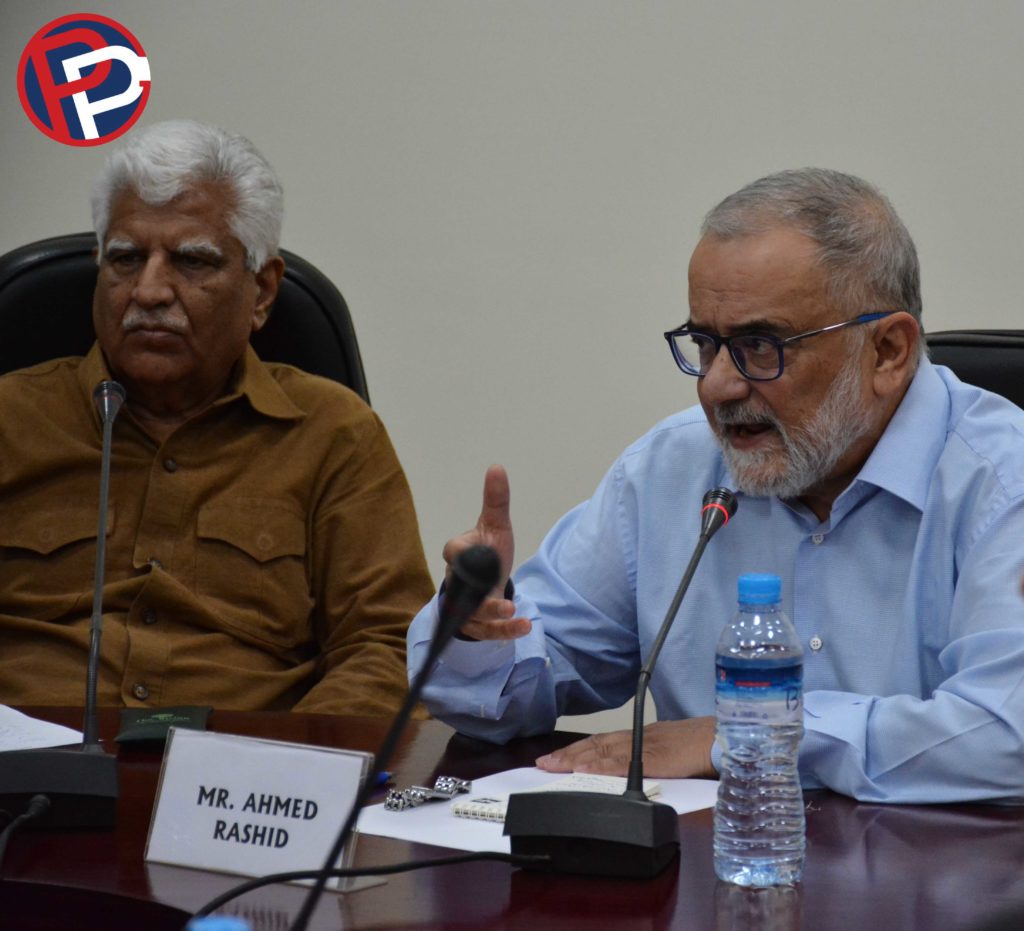 Home>Afghan Peace Process and Pakistan’s Role: What does Future Promise?

Afghan Peace Process and Pakistan’s Role: What does Future Promise?

On May 2nd, the CPPG hosted a seminar by the renowned journalist and author Ahmed Rashid who is also best-selling author of several books about Taliban, Afghanistan, Pakistan and Central Asia.

The speaker started off with the domestic situation, according to him the isolation we have faced over the last years can be blamed by a lack of clear internal policy and the failure to have coherent policies on Afghanistan. The West has always been frustrated with Pakistan over its inability to take a unwavering stance against the Taliban. It took us years to denounce Maulana Masood Azhar as a Terrorist, despite clear evidence and international pressure against him.

According to Mr. Rashid, Trump wants to get out of Afghanistan, the US administration including the special representative for Afghanistan Mr. Zalmay Khalilzad, is concerned that Trump will pull a plug at any point of time, especially before the next elections. Peace talks need time and a proper road map. The American assumption is that Pakistan will help in this peace process.

The first two phases are currently in process.

A missing and important piece according to Ahmed Rashid in the Afghan Peace Process is the ‘Regional Element’. Without the participation of regional states, according Ahmed, durable peace in Afganistan is unlikely.

He also emphasized the Internal Crisis in Afghanistan, where the majority of Pashtun and Tajik population does not look at President Ashraf Ghani favourably.  Furthermore, he is also disliked by the opposition parties and has little credibility with the Taliban. There have been talks of establishing an interim government, which will consolidate all the relevant stakeholders. Whether this comes in the form of elections or a Loya Jirga we have to wait and see but some form of large meeting is inevitable

Mr. Rashid also discussed the ‘Indian Factor’which has long dominated our foreign policy. Although India does not share a big border with Afghanistan, they have always taken advantage of the instability in the region by training and supporting insurgent groups. India needs to be more accommodating towards Afghanistan and cannot treat Afghanistan the way it has treated Pakistan since Afghanistan is a ‘so- called’ friend of India. Especially, if Modi is looking forward for a second term, Pakistan too will need to re-examine its foreign policy, prioritize internal security and stop using India as a reason for being lenient with non-state actors.

Ahmed Rashid concluded by stating that the policy impact of persisitent Indo- Pakistan rivalry has not been productive so far and Pakistan needs to strive for relative harmony within while it becomes part of regional peace processes.