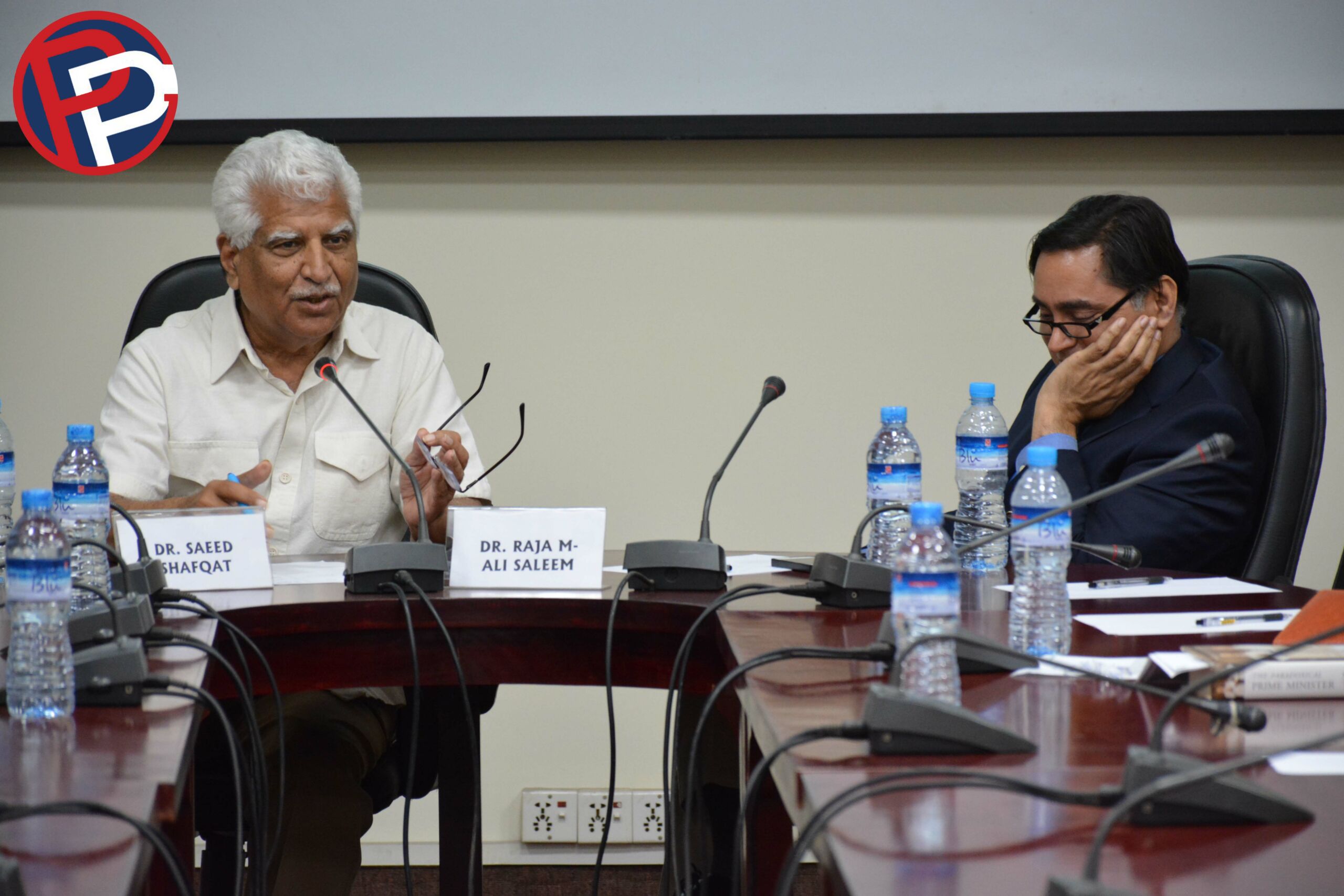 Home>BJP or Congress: An Analysis of Indian Elections 2019, Past Trends and Future Projections

BJP or Congress: An Analysis of Indian Elections 2019, Past Trends and Future Projections

A seminar on the topic “BJP or Congress: An Analysis of Indian Elections 2019, Past Trends and Future Projections” was held at The Centre for Public Policy & Governance (CPPG) on Thursday, April 11 where Dr. Raja M Ali Saleem presented his research on the upcoming elections in India.

Dr. Ali spoke about the rise of the Bharatiya Janata Party (BJP) in the Lok Sabha elections by winning it with a majority in 2014. The BJP had not only beaten its rival the Indian National Congress but also the regional parties that played a major role in Indian politics. He said that the win was not only a change of hands at the power corridors of India but also a major shift where the BJP was able to secure a majority.

Explaining his methodology for the study, he said that one option was to look at India as a whole and study different dynamics such as economics and unemployment. Another option was to look at state dynamics. He said that he focused on the individual states as each state voted independently and each was very different. He said that for the study, he divided Indian states in 5 regions and looked at the voting patterns of the 29 states.

On the national level, the competition was between the BJP and the Congress, each with their own coalitions with regional parties. He said that the National Democratic Alliance (NDA) was headed by the BJP and the United Progressive Alliance (UPA) was headed by Congress. These coalitions comprised of regional parties, which play an important role in deciding the fate of the elections.

Explaining the democratic history of the country, Dr. Ali said that Congress was the leading party for 30 years and 1984 was the high point for the party and since then only coalitions ruled India until the rise of Mr. Narendra Modi. However, since ‘84 congress saw a decline in its support.

In 2014, Modi not only secured a lead but was also able to secure a majority. The win was termed the “Modi Tsunami”. While explaining the reasons for his win, he said that the ‘Gujarat model’ played a significant role where high growth, high investment and low unemployment was recorded during the rule of Modi as Chief Minister. Adding to this, the corruption scandals of Congress, anti-incumbency, slow growth and acceptance of Hindutva ideology played a role for the decline of Congress and the rise of BJP.

Dr. Ali highlighted the promises made by Modi during his 2014 campaign and also showed comparative data from each of the regions. He then went on the list the challenges for the ruling BJP in the current elections with a coalition between two regional parties – the Samajwadi Party (SP) and the Bahujan Samaj Party (BSP). Also Priyanka Gandhi has emerged as a rival, who was actively campaigning for the Congress.

Giving his predictions for the ongoing elections, Dr. Ali said that the BJP could secure a minimum of 177 seats in the Lok Sabha and a maximum of 224 seats. Whereas, its main rival, Congress, could secure a minimum of 74 seats and a maximum of 140 seats. Both parties, even with securing the maximum number of seats, could not form a government on their own which required 272 seats. He said that Modi could get 10-20 extra seats because of what he called the Palwama-Balakot Effect in the Hindi Heartland and the West. He predicted that in order to form a government, a coalition would be needed.