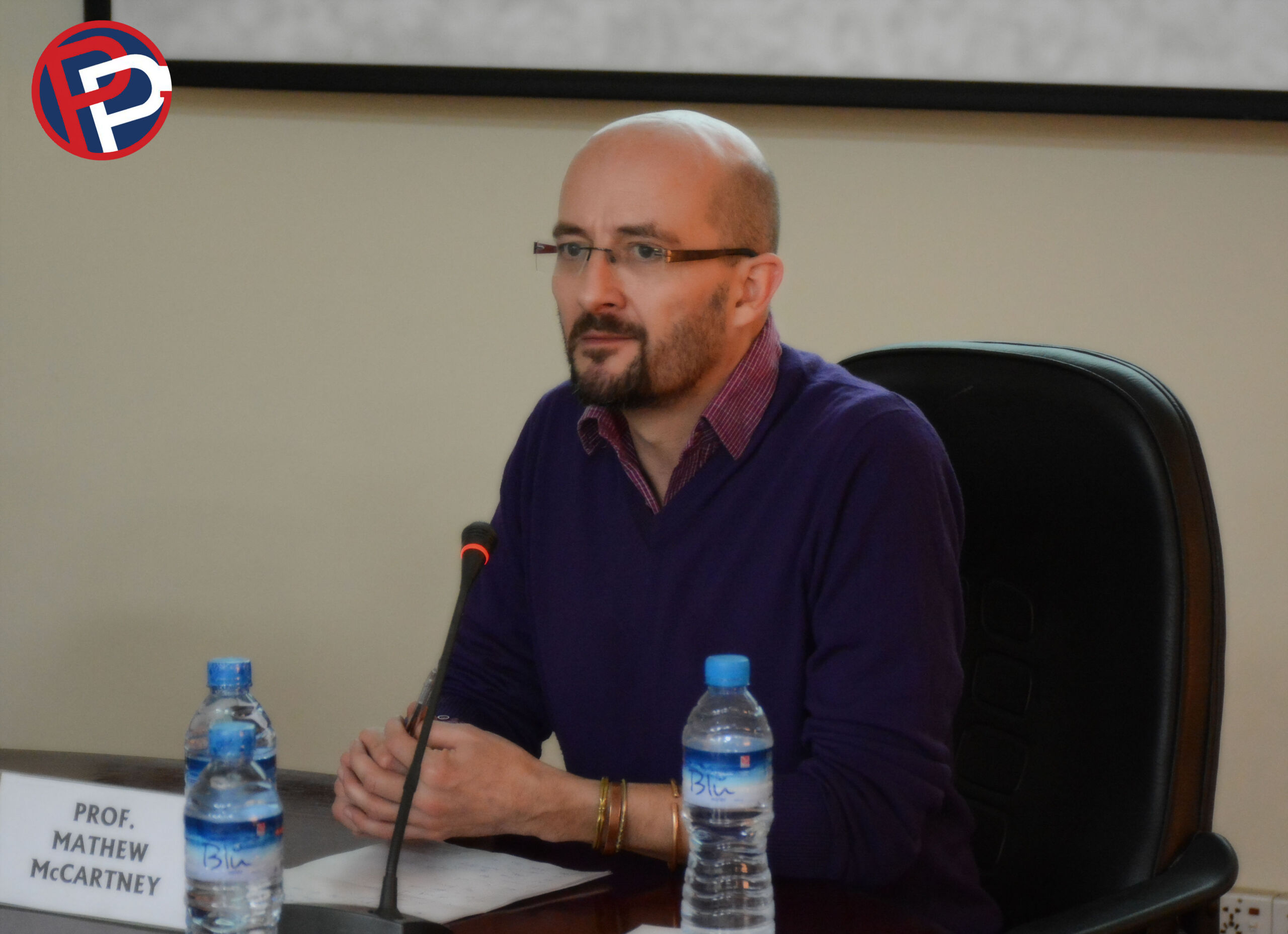 On 25th March 2019, Professor Mathew McCartney visited the CPPG to deliver a seminar on “CPEC, Sustainable Economic Growth and Industrial Policy in Contemporary Pakistan.” Professor Mathew McCartney is Associate Professor in the Political Economy and Human Development of South Asia at the University of Oxford and was the Director of the Contemporary South Asia Programme between 2011 and 2018. He has been teaching the Economics of Pakistan and visiting Pakistan for more than 15 years.
In his talk Professor McCartney spoke about how the CPEC offers the potential to contribute to sustainable economic growth in Pakistan and to social and political stability. The experiences of large-infrastructure projects in the historical and contemporary world demonstrate that the economic impacts are many and varied, from economic growth to economic stagnation, from social and political stability to conflict and civil war. Focusing on the economic perspective, Dr. MCartney explored the likely impact of CPEC on industrialisation in Pakistan, the potential for Western China to become a market for Pakistani exporters and the competitive threat of Chinese producers. One of the key mechanisms by which large investments in transport can lead to sustainable economic growth is through the use of an industrial policy to ensure the spillovers resulting from such investment benefit the domestic economy.

He argued that the CPEC will have a positive effect but it this effect will only be marginal. Pakistan is already too large an economy with enough development for the CPEC to have a significant impact on the future trajectory of sustainable economic growth in the country. Using the government’s own criteria for success of the CPEC, namely 1. “complementary advantage”, 2. “mutual benefits” and 3. “common prosperity” he argued that in all three dimensions, the CPEC was unlikely to prove to be substantially impactful. A comprehensive industrial policy that ensures the benefits of the CPEC remain within the domestic economy might however alter the economic outcomes.