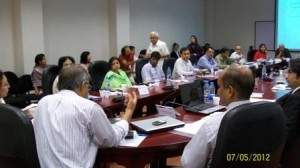 Home>Custodial Torture and Human Rights; A Policy Framework for Pakistan

Custodial Torture and Human Rights; A Policy Framework for Pakistan

Torture occurs in many forms and for a number of reasons; to intimidate, to coerce (which includes politically motivated discriminations) and in order to glean confessions.

Our research seeks to provide an exposition of the common man’s almost daily encounter with instances of torture, which incidentally, coincide with every time that their paths cross with that of law enforcing institutions. This raises a set of fundamental questions; is the Pakistani legal / administrative system inherently weak and overlooks cases of torture? Or does Pakistani society and culture conveniently accept torture of its citizens? This demands an inquiry into the definitional parameters of prohibition of torture and ill treatment provided under legal / administrative system. Our research aims at ascertaining the causes; why existing laws are deficient to prevent torture? To what degree instances of torture are received with compliance, acceptability / inevitability by both those at the giving as well as the receiving end?

Ms. Rabia Chaudhry is the Lead Researcher for the project and she will share her findings with stakeholders and concerned government officials.