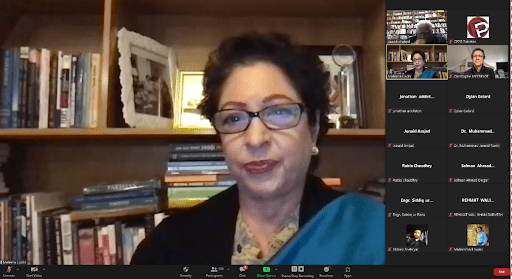 While connectivity between and among oceans through travel, trade, and even naval wars (including piracy) have historical roots, the concept and theories revolving around Indo-Pacific region are rather recent. What prompted the emergence of the concept of the Indo-Pacific? Is the US-China competition/rivalry the only driving force that has led to the emergence of the concept of the Indo-Pacific? The reality is that Indo-Pacific is too vast and there are a number of other powers, with varying interests and perspectives, that are clamoring for a role in shaping the direction of Indo-Pacific. Situated on the mouth of Arabian Sea and Persian Gulf, literally on the head of the Indian Ocean, what does this imply for Pakistan?

The purpose of this Webinar is to take stock of recent developments on-going research on the Indo-Pacific. It will explore the prospects of collaborative research, encourage dialogue, and sensitize policy makers and media on the potentialities of managing rivalries and encouraging peace building in the Indo-Pacific region. It will seek to understand what the scope and broad contours of the Indo-Pacific strategies is adopted by international actors in recent years, including the EU and France. It will also seek to understand how the Indo-Pacific concept is perceived in Pakistan and what place Pakistan, China, the US, and the European Union seek to take within this framework. It will seek to explore the issue of economic dependence and independence, encompassing not only trade and investment links but, also, industrial cooperation and infrastructure development, besides geo-political contestation.