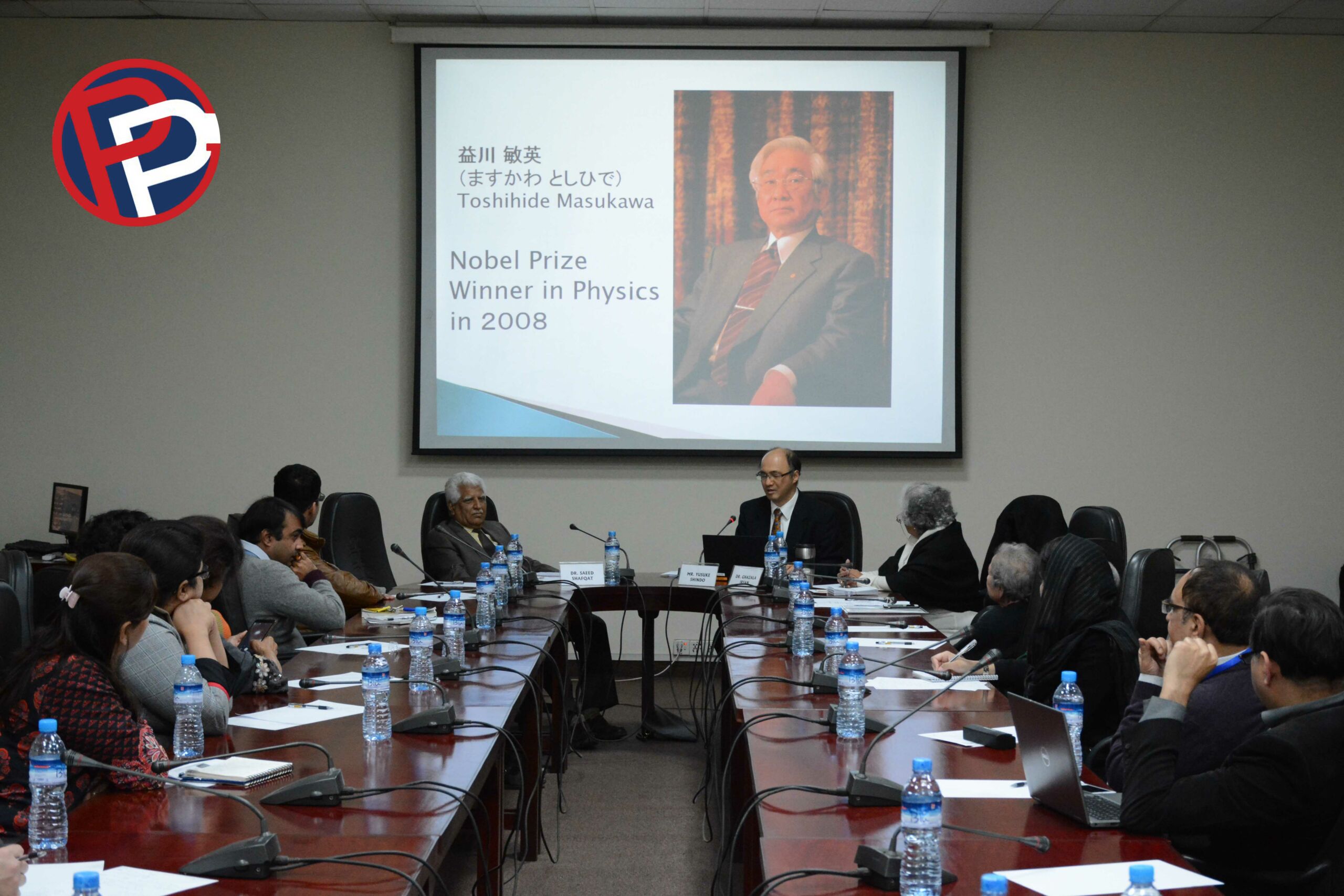 The Centre for Public Policy and Governance (CPPG) at Forman Christian College organized a Seminar on the theme “Japanese Culture and Education”. The Distinguished Guest Speaker, H.E Mr. Yusuke Shindo is a senior diplomat from the Foreign Service of Japan and is currently posted as Minister, Deputy Chief of Mission, Embassy of Japan in Islamabad. Dr. Ghazala Irfan, President of the Pakistan Japan Cultural Association (Lahore) was also present.
In his opening remarks, Dr. Saeed Shafqat, Professor and Director (CPPG), stressed on the fact that Japan, for a long time, has been seen as a “corporate model” for developing countries to follow. He said that it is wonderful how Japan has managed to retain its Eastern values and Asian culture yet has reconciled its development with that of the West, specifically in terms of technological upgradation, knowledge production and infrastructure modernization.
Mr. Yusuke Shindo in his presentation titled “Japan: People and Culture” spoke about how “Japan is very homogeneous; it has one culture, one language, one people.” One example of this is the fact that Japan’s Imperial Family is serving till date with its 125th Emperor. Japan was never occupied or colonized, a possible reason why foreign influence has not interfered with the local culture and traditions. He spoke about the importance of maintaining diplomatic relations explaining that the country is surrounded by ocean, and consists of over 6,852 islands, and a dense population of over 127 Million people.
Mr. Yusuke also highlighted the Hiroshima and Nagasaki attacks and the “Japanese Miracle” of rapid economic growth that followed between 1955-1972 – by 1968, it was recognized as the second largest economy of the world. The relationship between the very foundations of the Japanese culture and the way Japan is keeping it alive was highlighted. For instance, it is part of the Japanese culture till date to conceal extreme sadness or happiness as a way to respect the emotions of others around, or the Japanese culture of apologizing and being thankful for everything that has a life. In terms of popular media, K-Pop music, the “Kawaii” or likeness for things that are ‘cute’ was also highlighted as being part of Japanese culture. He also added that UNESCO has named Japanese cuisine as part of the intangible world heritage. In terms of modern Japan, technological self-sufficiency, digital advancement and efficient disaster management were also highlighted. The infrastructure restoration efforts after the 2011 earthquake were used as an example.
One major area of the discussion was the deep routed importance of education in Japan, the high enrollment rate in primary schools and the importance of teaching discipline, ethics and character building were also described.
An interactive question answer session was held at the end. One of the biggest policy issues, highlighted in the discussion was Japan’s ageing population, the fact that Japan is fast becoming world’s first ultra-aged country. Mr. Yusuke highlighted that in this context, the country’s population is decreasing and it has a high impact on the economy as well. One of the ways to address the issue is by tapping into ways to transfer the experience and cultural codes from the elderly to the younger population.