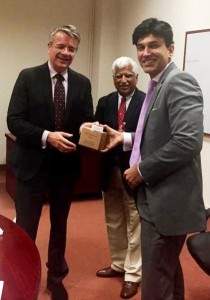 Home>Local Government System of France and Pakistan: How Similar, How Different?

Local Government System of France and Pakistan: How Similar, How Different?

During his course at MPDD he was declared as Best Officer of Public Sector Management. In addition to this, Mr. Tauseef was awarded Shafqat Medal in securing highest GPA at the Executive Masters in Public Policy program – Session 2011-12. Recently in the month of September, he was nominated by the CPPG and awarded fellowship by French Embassy in Pakistan to attend two weeks Short International Cycle in Public Administration on the theme of Local Government at the prestigious ENA.