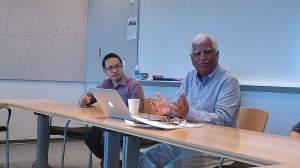 Home>Perceptions, Realities and the Changing Dynamics of US- Pakistan Relations by Dr. Saeed Shafqat

Perceptions, Realities and the Changing Dynamics of US- Pakistan Relations by Dr. Saeed Shafqat

US- Pakistan relations are painfully enduring relationship. Over the decades these have witnessed ‘high’ and ‘low’ points several times yet endured and not broken. The ‘terms of endearment’ may have undergone changes during each decade. For example, the former Secretary of State, Hilary Clinton described US-Pakistan relations as ‘transactional’ and not based on ‘mutual trust’. Some scholars have declared Pakistan ‘unworthy ally.’ Others have announced ‘end of illusions’, there are still others who claimed that India-Pakistan have been ‘de-hyphenated’ in the US South Asia strategy and yet India- Pakistan relations remain a major concern for the US, why? To borrow Chinese expression, this is the ‘New Normal’ in US-Pakistan relations.

Focusing on three dimensions; geo-strategic interests, global war on terrorism and changing regional environment, the policy makers in the two countries are constantly trying to re-position and adapt on issues of mutual concern. These sensibilities are manifested through the ongoing Strategic Dialogue between the two countries, despite hiccups. Interpreting patterns of ‘high’ and ‘low’ points, I would identify the changing contours and future direction of US- Pakistan relations.