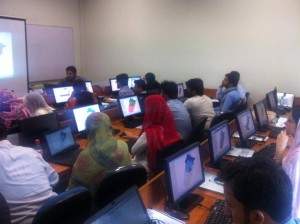 Pakistan has an institutional structure and associated framework to collect, analyze and publish the official statistical data on a regular basis. The Statistical System of Pakistan which owes its beginning to British India has evolved since the creation of Pakistan and produces a number of statistical data sets, which are used by academics and practitioners for evidence-based research.

The objective of this two day training is to provide an introduction to the Statistical System of Pakistan to ensure that training participants have a clear understanding of the basis and process of data collection in Pakistan, the statistical data produced and its objective, the institutions producing the data and their working relationship. The training will introduce PakInfo Database, a software containing statistics of Pakistan with the aim to make needed data sets easily accessible to data users. The participants would be trained on the PakInfo Database software through hands-on exercises.