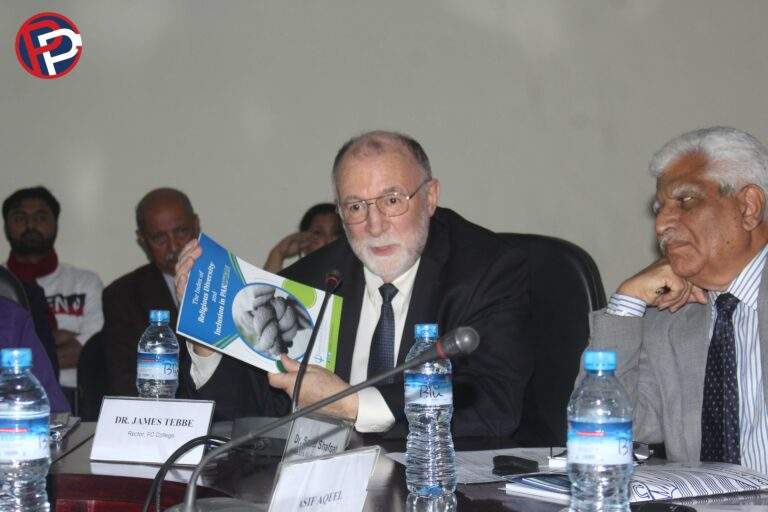 Home>The Index of Religious Exclusion and Diminishing Diversity in Pakistan

The Index of Religious Exclusion and Diminishing Diversity in Pakistan

On Monday, 28th of February the CPPG organized launch of a research report authored by Asif Aqeel and Mary Gill. This study titled “The Index of Religious Diversity and Inclusion in Pakistan” congregates social, legal, cultural and political aspects and challenges of seven religious minorities defined in the Constitution of Pakistan. Mr. Asif Aqeel, who is a prominent journalist, researcher and writer, and has devoted lifetime in highlighting the issues confronting Pakistan’s Christian community, presented the report.
Asif Aqeel began with a discussion on how the human development of minorities is one of the most ignored subjects of research in our academia. Despite having diversity in terms of language, culture, and caste, these minorities grapple to accumulate their basic rights in the state of Pakistan. He highlighted that Quaid—e-Azam Mohammad Ali Jinnah was forthright in promising and protecting rights of the minorities on equal basis and representation. He argued that the founder of Pakistan had a clear vision for the minorities; this report includes the speeches of Quaid-e-Azam starting from 1940 till 1948 and even his successor Liaquat Ali Khan had similar views.

However, the trajectory of democracy and freedom in Pakistan went wrong soon after its birth. The major objectives of the study were to analyze the diversity among religious minorities and observe the minority population along with their migration trend since the inception of Pakistan.

He noted that there are two major categories among minorities, one that claims to be Muslims such is the case with Ahmadis and the second are the ones that are ‘Scheduled caste’ such as Scheduled caste Hindus, Parsees, etc. Standards for social justice, equality and generosity have deteriorated over time for these groups. In addition to that, the population of minorities has decreased from about 44% to 3.6% in the areas that are now Pakistan, but this is largely due to the partition in 1947 and the break up of Pakistan (now Bangladesh) in 1971. These communities greatly vary in their challenges, history, size, geographic dispersion and influence in state affairs. The study is based on a survey of 100 respondents from the following faiths:

Aqeel remarked that the education system in Pakistan remains discriminatory as well where religious minorities have to study subjects like Islamiat and Arabic. He pointed out that misuse of blasphemy law invariably led to persecution of religious minorities. Ethnic and linguistic minorities are also subject to persecution in the country. Aqeel regretted that discrimination against minorities in governmental institutions is widespread and that calls for reform.

The findings of the study integrate 10 major issues that minorities go through which include denationalization of Christian educational institutions, attitude of law enforcement agencies, women harassment issues, freedom to practice religion, racism and stereotyping & fake blasphemy accusations and more. The author gave a few important recommendations to ameliorate the socio-economic conditions of the minorities.

Bishop of Lahore, Mr. Irfan Jamil commented that the study was praiseworthy and roused awareness on issues facing the minorities.

Dr. James Tebbe, the Rector of FC College, who was guest of honour at the launch, applauded the research, its findings and recommendations. He praised the CPPG for organizing and facilitating the launch of the report and Asif Aqeel for conducting research on Minorities– a topic that deserve the attention of policy makers in the country.