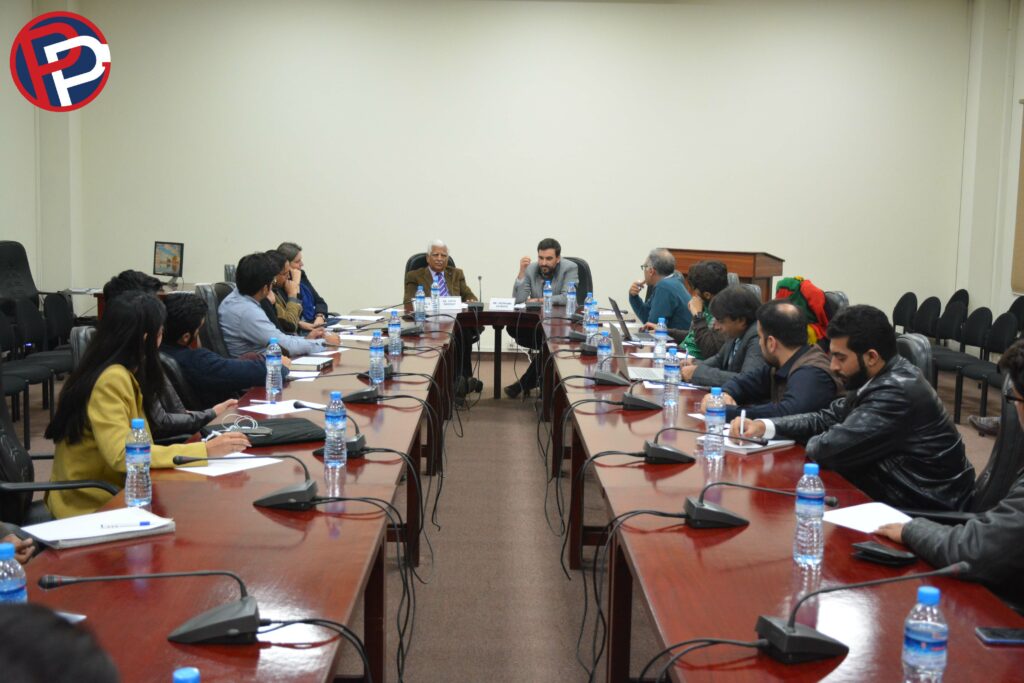 The Transformation of Political Islam

On 26th of November, CPPG invited Dr. Stephane Lacroix to speak about “The Transformation of Political Islam” at FC College.  Dr. Lacroix is an Associate Professor at the Paris School of International Affairs (PSIA) of Sciences Po’ and a researcher at CERI. He has been Postdoctoral Scholar at Stanford University (Abbasi Program in Islamic Studies/Department of Political Science) during 2008 – 09 and his dissertation was awarded the annual prize of the French Association for the Social Study of Religion (Association Francaise de Sciences Social des Religions).  He has done extensive research on political Islam and its transformation within Egypt, Saudi Arabia and other Middle Eastern countries.

Dr. Lacroix spoke about how Political Islam emerged as a response to the imperialism of the West. His research focused on the case of Egypt, where two major movements emerged in the late 19th and early 20th centuries. The Sunni Salafiya/Salafi movement and the Muslim brotherhood emerged in 1926 and 1928 respectively. The core purpose for both the movements was entirely different. The Salafi wanted to reinvigorate the true Islam by going back to its origins and believed that society could not be reformed without reliance on the early traditions. Salafi never showed any interest towards politics as religion was always their priority and in order to preach, their major influence was from Saudi Arabia. However, for Muslim Brotherhood political expression was important.

Dr. Lacroix talked about how both the movements were working side by side and how the 1970s era was the most crucial for both of them. The Salafi movement gained momentum as Saudi Arabian began providing finances for it. After which, they started to adopt the political activism of the Muslim Brotherhood. It became really confusing to differentiate among them. By 2011, the political system had emerged differently in the context of the Arab Spring. The Salafi movement in Egypt started to show an interest in politics and formed the political party “Al-Nour” the major reason was to preserve the interest of their religious organization. Later in 2013, Mohammad Morsi (the democratic elected president of Egypt) began to receive a lot of criticism and the Salafi supported his ouster. The party also played a role in the takeover by General al-Sisi to preserve its interests. Dr. Lacroix concluded that Tunisia had survived this chaos because they had separated themselves from political Islam and even Saudi Arabia in the leadership of Mohammad Bin Salman is on a reformist agenda, which can be viewed as being far from political Islam. At present, only two countries are supporting a kind of political Islam, Turkey and Qatar. As a result, Saudi Arabia and the United Arab Emirates are opposing them, which in turn evokes a regional cold war. The seminar was followed by an interactive question and answer session.