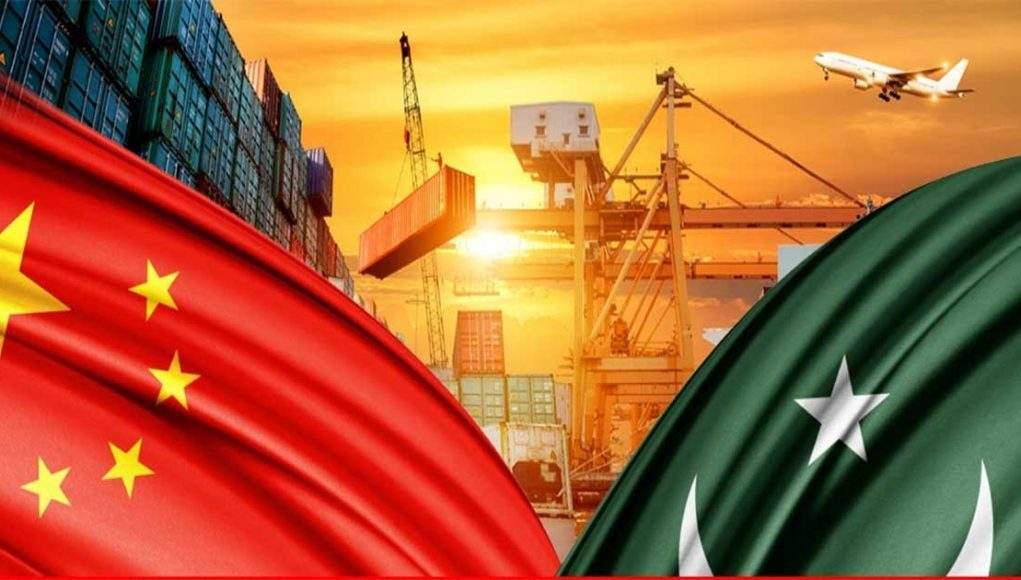 Professor Matthew McCartney, currently Senior Researcher at the Charter Cities Institute, was invited by CPPG for a webinar on “Transformations in Pakistan’s Political Economy and CPEC” on February 17, 2022. Dr. Saeed Shafqat, Founding Director and Professor at CPPG, moderated the event.

The session started with Dr. Shafqat contextualizing China’s Belt and Road Initiative (BRI) as a counter-containment strategy situated within the larger all-spectrum competition between USA and China: both countries compete in technology, economy, culture, and cyber activity. He expressed interest in exploring BRI’s impact on developing and middle powers like Pakistan, posing this question to Dr. McCartney: “How is China’s political economy evolving, and what possibilities do BRI and CPEC create for Pakistan?”

Professor McCartney began by sharing that he is primarily interested in the economics of CPEC and has also published a book on this recently: The Dragon from the Mountains: The CPEC from Kashgar to Gwadar. Published in 2021 by Cambridge University Press, it is t2he outcome of two years of research based in China and Pakistan.

Professor McCartney started2 by emphasizing how the CPEC is a cornerstone of the Belt and Road Initiative. Its eastern route runs through Pakistan’s economically active regions, while the Western route runs closer to Afghanistan’s border. Addressing Dr. Shafqat’s query about implications for Pakistan, Professor McCartney clarified that developing the Western route carries greater distributional implications for mainstream regions.

Dr. McCartney moreover added that initially, CPEC was estimated to cost about forty-six billion dollars, 70% of which was being invested in energy, about 8% in rail, 13% on roads, and 4 to 5% in Gwadar. By 2017, the estimate bumped up to 60 billion dollars. In light of COVID-19, there has been discussion about scaling back the investment.

Professor McCartney shared that he regularly visited Pakistan for the last fifteen to seventeen years for his research. Initially, economic dialogue revolved around the US and IMF programs, but there has been a pronounced shift towards prioritizing trade relations with China in recent years. He found it interesting that the CPEC generated geographically specific polarized opinions and pointed out that various politicians view the project positively.

Divulging into his research methodology, Professor McCartney pointed out that it could be divided into two parts. Firstly, he looked at many historical and contemporary case studies of big infrastructure and its impact on social, human, and economic development. The second part revolved around research on earlier pre-big-infrastructure studies of the scholars. The advantage of using these studies was to use the status-quo understanding of economic context to engage with what changed before and after the big infrastructures.

Professor McCartney emphasized that his research differs from scholarship that views the CPEC as Pakistan’s savior. Even though CPEC helps overcome Pakistan’s key constraints in investment, economic growth, production, and manufacturing, domestic policies remain pivotal in harnessing that potential. Policies addressing challenges concerning education and skills acquisition, long-term credit, political uncertainty, and poor protection of property rights remain essential. Professor McCartney concluded that it is unlikely for CPEC to make a truly transformative difference for Pakistan based on this research.

He also outlined future directions for his research: utilizing a similar methodology for a four-country comparative study of Pakistan, Ethiopia, Sri Lanka, and Zambia to view the impacts of Chinese-led big infrastructure projects. He elaborated on the reasons for selecting these four countries as case studies, pointing out that the comparison will give unique insights into the BRI. Zambia and Ethiopia are landlocked, while Sri Lanka and Pakistan are transit states connected to key ports. Ethiopia, with its decade of persistent ten percent growth, and Sri Lanka, with its upgrading of textile export structures, are perceived as economic successes. On the other hand, Zambia’s industrialization process is stalled, and Pakistan is moving towards de-industrialization.

Another relevant point of comparison between these four countries would be Ethiopia and Pakistan’s importance in global politics- Ethiopia has diplomatic reach in Somalia and South Sudan. At the same time, Pakistan penetrates economically into Afghanistan and Western China. Both have enormous potential for democratic leverage to maximize benefits for donors or negotiate trade.

Ambassador Masood Khalid, who had previously served as Pakistan’s Ambassador to China, was also present at the webinar and was invited to comment. Ambassador Khalid appreciated Professor McCartney’s thoroughness and agreed that CPEC’s success depended on the Pakistani system’s capacity to absorb Chinese investment. He added that despite constraints like lack of education and poor skills, Pakistan’s geopolitical advantages and projected trade activity with Central Asia and Afghanistan could make CPEC lucrative. He underscored that CPEC is the first instance of a foreign country committing this level of investment in Pakistan’s infrastructure. Disagreeing with Professor McCartney’s inhibitions about the Chinese-built railway infrastructure, Ambassador Khalid intimated details of the ML1 project’s pronounced modernization of the 1800 km plus railway system from Peshawar to Karachi.

The session was followed by a question and answer session with the speakers. When asked if CPEC will increase Pakistan’s economic dependence on China, Professor McCartney said that even though there will be greater dependency in terms of military supplies, trade, technology, and donor relations, CPEC could also liberate Pakistan. It offers Pakistani producers direct access to Gwadar’s export linkages with the rest of the world and will diversify Pakistan’s trade partners, e.g. with Central Asia. Professor McCartney pointed out that the answer to this question relies on Pakistan’s strategies and its ability to look beyond the CPEC-related savior syndrome. Pakistan can learn successful diplomatic strategies from Ethiopia, which leverages its geopolitics to play off the different donors against each other and remains firm on securing its own terms. Ethiopia has many other options if one donor doesn’t meet its agenda.

On a question about CPEC’s extent of skills and technology transfer to Pakistan, Professor McCartney clarified that even though it is hard to judge due to lacking rigorous fieldwork data, it’s safe to ascertain that CPEC generates considerable employment for unskilled Pakistani workers. Around 80 percent of unskilled workers in Chinese infrastructure projects are Pakistanis. Government level officials and project managers routinely visit China for training programs- however, the senior management personnel of the infrastructure projects staunchly remain Chinese employees. Professor McCartney concluded that there is some transfer of skills but perhaps not as much as there should be. When asked how to effectively and preemptively counter opposition to CPEC, Professor McCartney pointed out that the starting point is to understand that big infrastructure projects always generate losers and winners. An effective strategy is to use policy mechanisms to level off losses from CPEC’s distributional impacts. The session was concluded with a warm thank you to the guest speakers by Dr. Addelton.