Constructive Social Conflict is a theory that emerges from sociology and is about embracing multiple frames of reference and standpoints. This theory is being discussed in light of the rise of Tehreek-e-Labbaik Pakistan (TLP), a religio-political party whose specification of concrete religious rhetoric has led to instability in the country. Pakistan is a country that has become a victim of its own policies like the inclusion of Section 295-C pertaining to blasphemy in the Pakistan Penal Code in 1984 whose punishment was eventually raised to the death penalty. Since then, on many occasions, this law has been abused because it is hard to challenge it. Extremism may emerge in confined societies where an individual’s identity whether national, ethnic, or sectarian is determined by the state. In such situations, a social conflict between groups may develop, which is usually catastrophic. Louis Kriesberg and Bruce W. Dayton, coined the concept of constructive social conflict for societies (Kriesberg & Dayton, 2012) arguing that social conflicts are natural and universal, and can be beneficial. They can be beneficial because otherwise, exploitative hierarchies and adverse public conceptions remain uncontested slowing down societal change in the long term. To remain beneficial though, they need to be constructive. Constructive social conflict preserves relationships and maximizes mutually acceptable outcomes while at the same time minimizing violence or anarchy. However, constructive social conflicts need mutual tolerance among different sets of individuals, who apart from their differences focus on mutually beneficial outcomes. The 1962 Cuban Missile Crisis is a great example of a high-end international conflict that emerged in the wake of the Cold War and was managed diplomatically which otherwise could have ended in a full-blown nuclear war. For the past few years, Pakistan has witnessed a continuous increase in conflicts be it social, political or religious. These conflicts arose due to the underlying societal differences which are manipulated through various means, causing destruction. This puts the integrity of the country at stake, emphasizing the dire need to develop mutual tolerance based upon various methods of constructive social conflict.

Conflicts are inevitable in any society, and somewhat essential for it as well due to horizontal inequalities persisting in a society. For Pakistan, apart from national identity, sectarian and ethnic identities play a huge role in shaping the social narrative. Since its independence, Pakistan, plunged into various types of socio-political conflicts, and these continue to manifest in society today. There is a rise in violent social conflict that has paralysed the state, along with impacting Pakistan’s international relations and image..

In Punjab the rise of religious intolerance is also evident. The majority religious community in Punjab are the Sunni with Barelvis as the largest sub-sect, who have many religious and in effect sectarian organizations. In 1974, the state gave them space in mainstream politics, hoping to break the extreme reactions that materialized in the form of anti-Ahmadiyya movements in 1953 and 1974 respectively. But instead of dispersing their extreme ideas, narratives, and violent rhetoric, they became part of the mainstream politics with direct access to state institutions. Further, weak governance and socio-economic neglect led once peaceful Southern Punjab into chaos. This indirect means of inclusion and support to different religious groups escalated extremism which mainly targeted minorities like Ahmedis, Christians and Hindus while some groups like the Sipah-e-Sahaba Pakistan (SSP) primarily targeted members of the Shia sect.

TLP is one of the many religious groups operating in the country. It rose to prominence after a shift in policy where mainly Deobandi and Wahabi groups were restricted owing to their involvement in extremist and violent activities while the top leadership of Jamait ud Dawah (JuD), faced trials on terror-financing charges. This shift created a void that was filled by many Barelvi parties. TLP was led by Khadim Hussain Rizvi who gained quick influence due to his charisma and religious narrative. In 2009, Aasiyah Bibi, a Christian woman, was convicted of blasphemy and sentenced to death by hanging. This was widely celebrated, but the then Governor of Punjab, Salman Taseer, criticized the law and lent open support to Aasiyah Bibi. This led to his murder by his own security guard, Mumtaz Qadri, in 2011. Qadri became an immediate hero and was widely hailed, demonstrating the majority’s world-view. However, state machinery boldly put the murder of the Governor on trial. Khadim Hussain grasped the popular view of society that emanated with the verdict of execution of Mumtaz Qadri, and spoke in a way that appealed to the masses. His simple abusive language reflected the anger and aggression present in society and gained him support of the aggressive majority. His constant provocation and extensive media coverage brought him prominence and his party into the mainstream. In 2017, TLP under the leadership of Khadim Rizvi used the notions of blasphemy, and put two major cities Islamabad and Rawalpindi on halt pressurizing the state to accept their terms. The execution of Mumtaz Qadri proved to be critical for the rising popularity of TLP. TLP manipulated religious beliefs, interlinking sectarian and ethnic factors to further gain popularity in Central and North Punjab. A huge demonstration that reflected the ideas of destructive conflict put the whole nation and state structure to its knees.

Its stance on the execution of Mumtaz Qadri paved the way for its presence in the political structure in the 2018 general elections. Although they just won two provincial assembly seats, still they emerged as the fifth-largest party with 2.2 million votes nationwide, whereas in Punjab it emerged as the third most popular party. This indicates the tendency of such parties to use religious indicators to gather a massive number of people who share such extreme discourses in the name of religion. The Government of Pakistan, keeping its soft image, refrains from going against such groups. But, a conflictual approach to acquiring a short-term peace agreement works against the government and makes it more vulnerable in face of such extreme violence. State’s approaches of acquiescence and pressure, instead of instigating mutual tolerance, further facilitates destructive social conflict. Lately, a huge protest was staged by TLP to remove the French Ambassador in Pakistan tarnishing the country’s worldwide image, while putting a question mark on the integrity of the state. The protests caused casualties with some police officers losing their lives but no serious action was taken against the perpetrators. The negotiations included senior clerics from the Barelvi sect, and a lack of punitive action gave a message of acceptance of violence and a validation of extremism in society. The government’s approval of giving a green light to TLP to participate in the general election, removing the group from the status of banned outfits by legalizing them, and freeing the leader of TLP indicates the terms of negotiation that were held in secret by the Government.

Pakistan is a diverse society that cannot be taken hostage by a single group again and again, and further provided validation by the government. According to the general perception, several factors help with acquiring lower-level recruits and building popular support, like crass inequality and poverty. Most of such organizations emerged from Central and Northern Punjab which are economically better off than the rest of the country, but still where the amalgamation of poverty and sectarian indicators gave rise to destructive conflict. Under such a scenario, there is a need for devising constructive social conflict which highlights the stance of mutual tolerance. Constructive social conflict relies on preserving relationships, and in minimizing reliance on violence in achieving satisfactory outcomes. Tolerance is one aspect that is diminishing quickly because of the  continuous use of destructive methods to achieve personal goals while challenging the state.

Religion can be easily manipulated, especially in societies where it is an important part of culture and where various divisions exist in society whether class, ethnicity or sect. Instead, constructive social conflict demands a constructive education system, and inclusive policies and structures to cope  with such extremism on a neutral ground. Maintaining the sanctity of the state and its institutions is important. Thus, negotiating rather than holding such groups accountable, only encourages other extremist organizations to challenge the government. Inclusion and developing a broad outlook is a prerequisite to tackle extremism, and mutual tolerance is directly related to inclusive policies.

Social conflicts are natural and important to shed exploitative hierarchies within the system. But, this can also be done when individuals gain a sense of mutual tolerance regarding each other’s identity. Together they can pinpoint the manipulative or exploitative factors that are dividing them instead of grappling with themselves, putting the state on the stage for international embarrassment and sanctions.

“A social conflict arises when two or more persons or groups manifest the belief that they have incompatible objectives”. (Louis Kriesberg and Bruce W. Dayton, 2012). Conflicts between groups do not exist independently of the way members of both groups view their relationship. Thus, for both state and extremist groups’ in Pakistan, conflicts are manifest in the fact that they have incompatible objectives. However, it is the state that has sponsored extremist groups in different points of time for its own political purposes and thus their relationship is based upon gaining mutual interests. Further, the state is in constant struggle to gain legitimacy from international forums but at the same time finds itself in an internal clash that threatens anarchy or a larger civil crisis. For example, the TLP relies upon threats to modernization or Westernization to maintain solidarity among its supporters, while labeling those running the state as in league with the West.

Under such circumstances, mutual tolerance is a need that can be induced with the help of civil society. Civil society is a crucial player with an unbiased and neutral stance that has the ability to push for a balance between two opposing groups in a multicultural, multiethnic and multi-religious framework. For this, a sense of unity is required apart from what differentiates the two parties such as the rule of law, the integrity of state or peace in society. Mutual tolerance works only when people can shed the affirmations that they relate themselves with and can conceive a bigger cause. When problems lie deep in society, a solution is needed that can penetrate the grass-roots, and inclusive education can do that. Change can be achieved only when the state provides a ground where freedom of expression is encouraged along with critical thinking. An education that is not based on mere schooling is the demand of our time, so people can break out of their illusioned world and learn and embrace different dimensions. Mutual tolerance and development can be achieved when the population feels safe to question the manipulative elements of society and in turn, people can explore and understand these arguments instead of being limited to their preconceived world view. 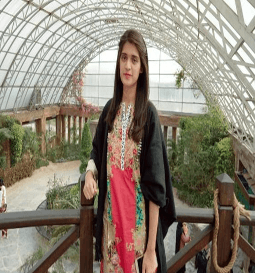 Sunmbal Javed, is an MPhil student at CPPG. She completed her bachelors in Public Administration from School of Governance and Society, UMT. Her research interests lie in governance, social disorder and conflicts with focus on interstate dynamics.