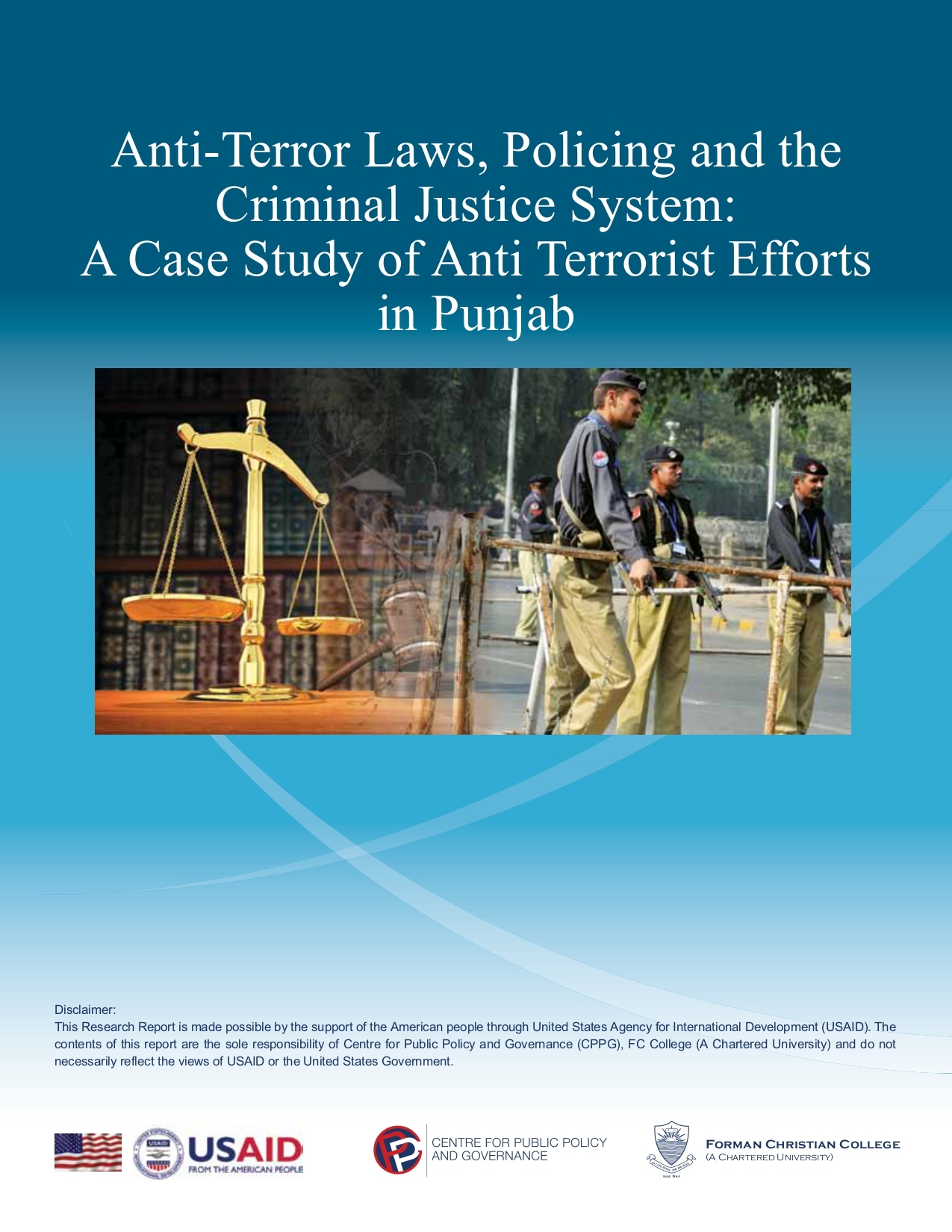 Among the developing countries, a number of states have been struggling to make transition to democracy and in the process they are constantly torn between maintaining political order, upholding rule of law and guaranteeing citizen security. In this phase of democratic transition, what could be some of the best ways to improve governance, curb terrorism and violence, restore law and order, and ensure security of the citizens? Leaders and policy makers have chosen several paths; to list a few: dismantling authoritarian regimes, constraining the political role of military, pursuing civil services and police reforms. The outcomes have been varied and there is considerable literature that contends that reforming ‘Core Policing’ holds the key for successful transition to democracy.

There is growing realization that Pakistan and particularly Punjab needs serious and systematic police reform. The deteriorating law and order situation; rise in the size and scale of extremism, escalation in violence, professional incompetence and poor investigative skills of the police, has drawn the attention of policy makers and policy analysts to focus on improving the working of the police. The Asia Society Report on ‘Stabilizing Pakistan through Police Reform’, edited by Hassan Abbas is an excellent example that brings to attention the various facets of policing in Pakistan that demand immediate and urgent reform. However, despite several innovative and practical recommendations, the report primarily focuses on the police in Pakistan.

The current study ‘Anti-Terror laws, Policing and the Criminal Justice System: A Case Study of Anti-Terrorist Efforts in Punjab’, while building on the insights from the Asia Society Report, departs by making a case for developing linkages amongst the criminal justice system, prosecution and police reform. This research study provides an in-depth analysis of the issues confronting the malfunctioning of the police in the country, particularly in the Punjab province, and argues that police reform without reforming criminal justice system would be an exercise in futility. It calls for a comprehensive reform of the entire policing system. It is in this context that the study examines several of the recent anti-terror laws and points out that the criminal justice system is not fully equipped to enforce these laws. Additionally, the police do not possess the investigative skills and equipment to curb and combat terrorists – who are hardened criminals and have access to sophisticated equipment and terror techniques.

Besides our internal faculty review team, I am indebted to two anonymous reviewers for their invaluable comments, which have enormously helped the author in improving the quality and content of this study. We do hope that besides scholars, policy analysts and civil society activists, the Government of Punjab would find some of the recommendations of the study helpful in devising its anti-terrorism campaign and counter-terrorism policy.