Home>Pakistan and Afghanistan: Future Perspectives on Bilateral relations, the Taliban and the impending U.S. Withdrawal

Pakistan and Afghanistan: Future Perspectives on Bilateral relations, the Taliban and the impending U.S. Withdrawal 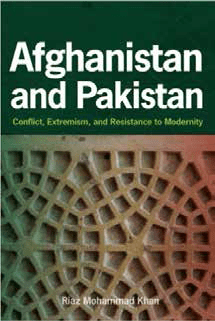 Ambassador Riaz Mohammad Khan, former Foreign Secretary of Pakistan (2005 – 2008), ambassador to China, European Union, Belgium, Luxembourg, Kazakhstan and Kyrgyzstan, and author of the book Afghanistan and Pakistan: Conflict, Extremism and Resistance to Modernity, was invited to deliver a talk on Pakistan and Afghanistan: Future Perspectives on Bilateral relations, the Taliban and the impending U.S. Withdrawal at CPPG on June 10, 2014.

Ambassador Khan opened his remarks by stating that the three major actors: Afghan government, US and Pakistan could and needed to to play their part to stabilize Afghanistan. He was emphatic in pointing out that perpetuation of conflict in Afghanistan was most injurious to Pakistan’s national interest. He persuasively argued that our policy objective should be stabilization of Afghanistan regardless of who governed Kabul. He was up front in observing that the biggest criticism of Pakistani policy had been the way Pakistan had alienated the Northern Alliance– a major political group in Afghanistan. A continuation of this policy was not in Pakistan’s interests.

“… perpetuation of conflict in Afghanistan was most injurious to Pakistan’s national interest.”

Pakistan’s role was undeniably crucial because of the demographic overlap and tribal affinity between Afghanistan and Pakistan, and also because part of the Taliban leaders hip had resided (and may still be residing) in Pakistan. However, it was crucial to draw a distinction between Afghan and Pakistani Taliban though both were amorphous and composed of disparate entities. A large number of Pakistani Taliban from madaris and tribal areas had joined the Afghan campaigns, mostly against the Northern Alliance when the Afghan Taliban were in power in the 1990s. He stated that any dialogue with Pakistani Taliban should start with the pre-requisite that they accepted the writ of the state and renounced violence.

“Sovereignty implied responsibilities with the basic principle to not allow your territory to be used by state or non-state actors against the territory of another country.”

Discussing the Pak-Afghan issues of contention, Ambassador Khan stated that Afghanistan’s legal acceptance of the Durand Line was not likely even if pushed by Pakistan. History of the current border issue went back to the Mujahedeen, who considered Pakistan and Afghanistan as brotherly countries, which should have no border. From the Taliban’s standpoint, both countries’ citizenry shared a syncretic Islamic identity, and states should be borderless. In his view, a practical solution would be to make Durand Line a functional border. Paradoxically, he said that the presence of NATO had done just that. He argued that the border should be strengthened, giving some order to border crossings while the tribal areas should be integrated with the rest of Pakistan.

Speaking about Afghan reconciliation, he stated that the Afghan Taliban must be persuaded to become part of the reconciliation process. Both parties needed to be candid in articulating their positions as well as limitations. As the US withdrawal continued, Pakistan must ensure that its territory was not used for operations inside Afghanistan, and Afghans who wished to continue the struggle be asked to go back to Afghanistan to continue their resistance movement. The issue of sovereignty over territory was pivotal. Sovereignty implied responsibilities with the basic principle to not allow your territory to be used by state or non-state actors against the territory of another country.

Discussing American withdrawal, he stated that Taliban influence had considerably declined since the US invasion and was now limited to localized control in certain areas while other powerful groups and communities, which had since emerged exercised a high degree of control and authority over specific regions. Taliban today could not capture Kabul like they did in 1996. Further, the US definitely wanted to keep residual presence in Afghanistan for counterterrorism, and prevention of the disintegration of Afghan National Army (ANA). A potential consequence of which gave the Taliban the justification to continue their operations. However, this residual presence would be an assurance against the possibility of Afghanistan completely collapsing and disintegrating upon a complete and sudden US withdrawal. The perception of ANA was that of ineffectiveness in curtailing terrorist attacks and ensuring security. In reality, the ANA had performed reasonably well and demonstrated their ability to contain attacks and defend the cities. Thus, the Afghan government was not likely to collapse in either Karzai’s or his successor’s tenure. Taliban rule would not resume, they would remain fragmented and violence would diminish with time.

“Pakistan’s problems, government changes and coups were not a result of the machinations of outsiders, but deeds and misdeeds of our own leadership.”

Commenting on Pak-US relations, he argued that Pakistan should manage the relationship in a manner that was in Pakistan’s national interest and learn from other countries, which maintained their ties with the US in ways that protected their national interest. Exemplifying China, he explained that although it had numerous potential points of conflict with the US: South China Sea, East China Sea, Japan, Taiwan etc., but still China’s policy towards the US was that of productive engagement. Bilateral trade between the two nations exceeded half a trillion dollars and in 2003, China had 40,000 joint ventures with the Americans. Today, the largest number of students, over 100,000 annually, studying in American universities were Chinese nationals. China recognized that Europe and US were still the fountainhead of knowledge and technology, and was thus taking advantage of that. He concluded by stating that modernization entailed that policies were steered towards pursuing national interests, which had to be defined in the context of changing times.

The talk evoked a number of questions from the participants. In response to a question regarding conspiracy theories and ulterior motives of the US, Ambassador Khan remarked that Pakistan’s problems, government changes and coups were not a result of the machinations of outsiders, but deeds and misdeeds of our own leadership.

Replying to a question regarding continued presence of US forces in Afghanistan, he explained it in terms of status of forces agreement and US public perception. According to the general sentiment today, the American people were against a prolonged engagement in Afghanistan particularly in the absence of concrete results. Due to the seeming intractability of the situation, the first policy review by Obama in 2009 was to limit the objective to just reconciliation, as opposed to attempts to restore democracy, human right protection, and redesigning of society and culture. Further, new agreements were supposed to supersede the status of forces agreement ratified in May 2003, which delineated the legal status of US forces on Afghan soil and included immunity from Afghan courts. If the US government succeeded in getting immunity, it would prolong its stay otherwise it may be forced to withdraw.

“Instead of jostling with India for a sphere of influence, Pakistan should encourage Afghan-India bilateral relations that facilitated stabilization and modernization of Afghanistan.”

In response to a question pertaining to regional solutions and Afghan-India relations, he explained that many regional dialogues (6+ dialogue etc.) had not produced any meaningful outcome. Today the focus was on reconciliation which included three main players, US, Pakistan and the Afghan government. Additionally, any country that could help in reconstruction or reconciliation should be welcomed and encouraged by Pakistan. Afghan relations with India were partly along ethnic lines. While the Tajik, Hazara and other non-Pashtun would like good relations with India, some Pashtun Afghans harbored anti-India sentiments. Pakistan should not create hindrances in healthy Afghan-India relations. Instead of jostling with India for a sphere of influence, Pakistan should encourage Afghan-India bilateral relations that facilitated stabilization and modernization of Afghanistan. Similarly, India must bear Pakistan’s sensitives in mind.

“… the border should be strengthened, giving some order to border crossings while the tribal areas should be integrated with the rest of Pakistan.”