Home>Reforming the Energy Sector of Pakistan: The Case of Punjab

Reforming the Energy Sector of Pakistan: The Case of Punjab 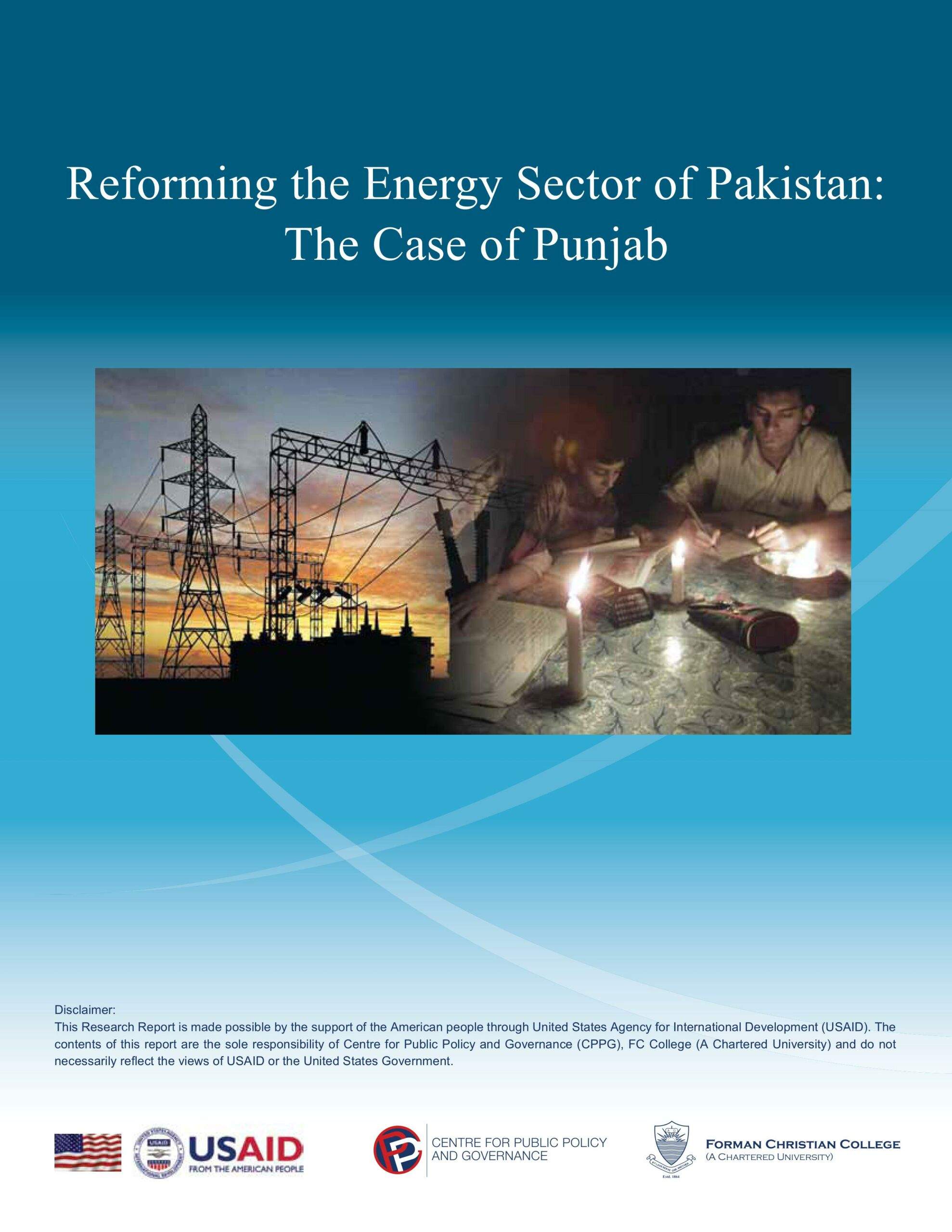 The demand and consumption of energy is on the rise in Pakistan and has reached a stage where the gap between demand and supply is widening and becoming unbridgeable. However, it has still not resulted in sufficiently shaking up the political leadership and policymakers to plan and strategize for an integrated energy policy; a policy that recognizes the scale of the deepening crisis; and adopts a holistic, long term view in earnest and urgency.

Energy is critical for political stability, economic growth and sustainable development of Pakistan. For the past two years the Centre for Public Policy and Governance (CPPG), through its seminars & policy dialogues, is sensitizing the policy makers, professionals and the civil society groups about the scale and size of the impending crisis (See CPPG Quarterly News & Research, Special issue on Energy Crises and Policy, October 2013 on the subject). It is in this spirit that this report, ‘Reforming the Energy Sector of Pakistan: The Case of Punjab – Energy Market, Institutional Framework and Governance Issues’ is being presented.

The research for this study was completed after almost a year’s hard work by a team of two researchers. The USAID financial and technical support helped the CPPG in enhancing its Think Tank capability by establishing the Forman Christian College Public Policy Research and Resource Centre. This study on Energy Sector was initiated through this program and is the second study that is completed through USAID’s Ambassador’s Small Grants Project. We remain deeply appreciative of this support.

This study is different from many other studies on the energy sector as it examines the issues emanating in the energy sector in totality i.e. inclusive of electricity, gas and oil. It is, therefore, multidimensional in identifying the nature of crisis and then recommending specific solutions. Another salient feature of the study is that taking into cognizance the 18th Constitutional Amendment, it focuses on Punjab, draws lessons and suggests the way forward for the province. The report also draws our attention to two sets of critical questions: first, was the unbundling of WAPDA carefully studied? second, was sufficient research done on what implications the creation of independent power projects have on the institutions of governance in the energy sector?

The study is divided into six chapters. The first two chapters identify the key issues and provide an overview of the history of how misgovernance and lack of planning have deepened the energy crisis. In the third and fourth chapters, institutional arrangements, their functioning and inadequacies are analyzed. The analysis and findings incisively convey that the breakup of WAPDA and proposed privatization of the energy sector were neither adequately studied nor their implications critically explored. The fifth chapter focuses on Punjab and, in the light of 18th Amendment, assesses the challenges and opportunities that have become available to the province. As the largest province and the biggest consumer of energy, the study forcefully argues that Punjab has the potential to contribute towards not only redesigning the distribution and transmission of energy but also influencing the energy mix – hydel, coal, gas and oil. It also makes a case for alternate sources; wind, solar and bio-fuels. More importantly the study makes a persuasive case for integrated energy sector governance so that policy, planning and management act in concert rather than divided compartments across various ministries, government departments and bureaucratic agencies. While making immediate, medium and long term recommendations, the study calls for collaborative research, analysis and implementation for an integrated energy plan having a broad national consensus of the provinces and other stakeholders’ ownership.

Besides our internal faculty review team, I am indebted to two anonymous reviewers for their invaluable comments, which have enormously helped the authors in improving the quality and content of this study. We do hope that besides scholars, policy analysts and civil society activists, the Government of Punjab would find some of the recommendations of the study helpful in devising its energy needs and policy.