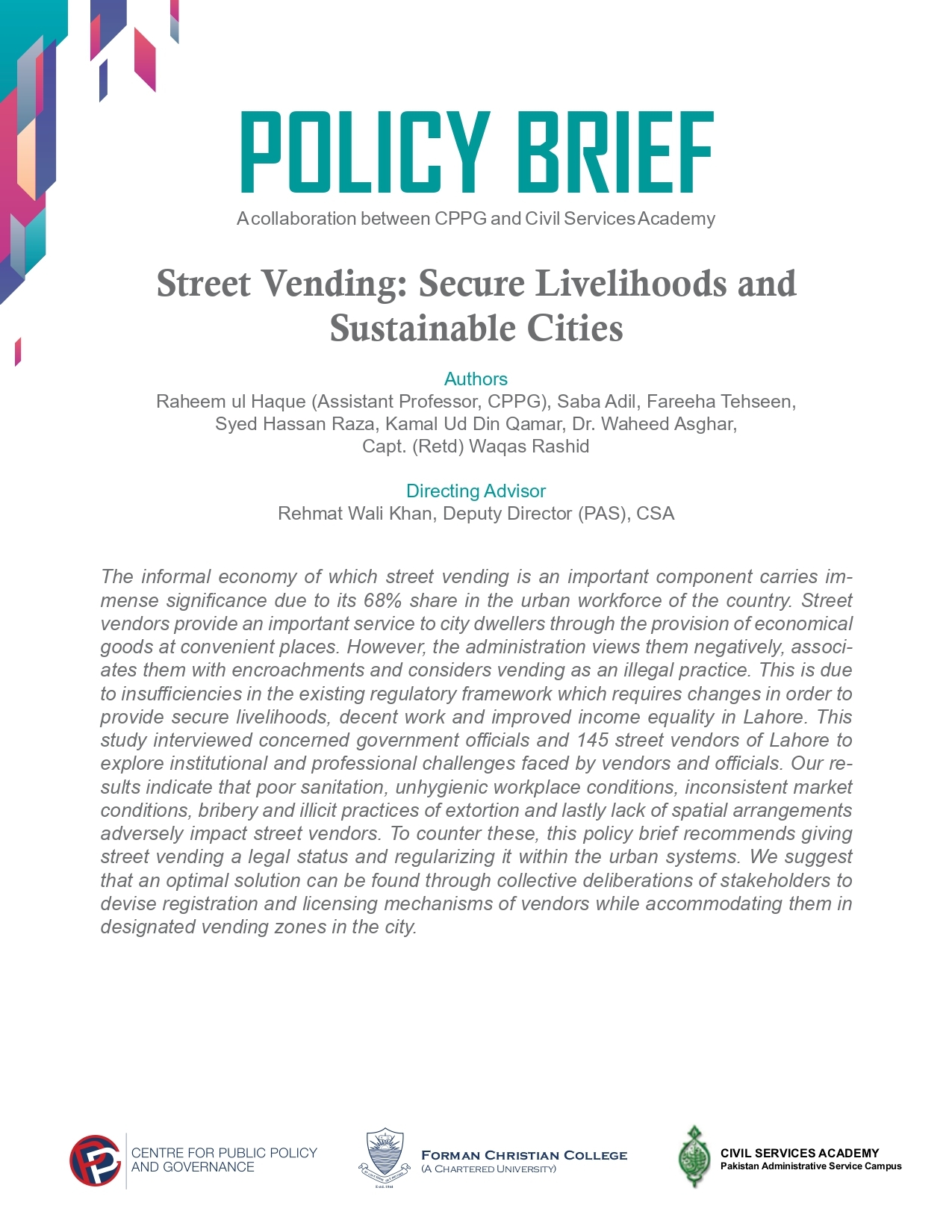 The informal economy of which street vending is an important component carries immense
significance due to its 68% share in the urban workforce of the country. Street
vendors provide an important service to city dwellers through the provision of economical
goods at convenient places. However, the administration views them negatively, associates
them with encroachments and considers vending as an illegal practice. This is due
to insufficiency in the existing regulatory framework which requires changes in order to
provide secure livelihoods, decent work and improved income equality in Lahore. This
study interviewed concerned government officials and 145 street vendors of Lahore to
explore institutional and professional challenges faced by vendors and officials. Our results
indicate that poor sanitation, unhygienic workplace conditions, inconsistent market
conditions, bribery and illicit practices of extortion and lastly lack of spatial arrangements
adversely impact street vendors. To counter these, this policy brief recommends giving
street vending a legal status and regularizing it within the urban systems. We suggest
that an optimal solution can be found through collective deliberations of stakeholders to
devise registration and licensing mechanisms of vendors while accommodating them in
designated vending zones in the city.