The Rise of Afro-Americans in American Politics 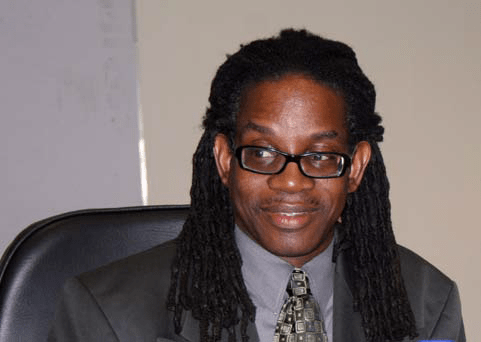 Dr. Clarence Lausane, an expert in US and global race relations and the author of books “Colin Powell and Condoleezza Rice: Foreign Policy, Race and the American Century” and “No Easy Victories: A History of Black Elected Officials”, was invited to deliver a talk on The Rise of Afro-Americans in American Politics at the Centre for Public Policy & Governance on the 5th of March 2010.

Dr. Lausane started off by providing a broad historical overview of African Americans in US politics. He argued that though the US constitution of 1787 was a revolutionary document in defining the relationship of people as citizens rather than subjects of government and in providing checks and balances among state institutions, still a compromise between the North and South (with a slave economy) led to the constitution facilitating enslavement. It allowed 20 more years of slave trade while the enslaved with no representation were counted as 3/5 of a person for the proportional representation of States in the US Congress. Thus giving Southern Legislatures a 60% advantage over the North for the next 100 years. It was only the American Civil War (1861-65), which provided citizenship rights to the Blacks through the 13th (end of slavery), 14th (citizenship rights to slaves) and 15th constitutional amendments (voting rights to black men). Consequently there was an explosion of Black participation and 22 blacks were elected to the Congress. But following a compromise between the two political parties leading to the removal of the federal army protecting Black voting rights in the South, the backlash 10-12 years after the Civil War led to the removal of elected Black officials from public offices. The next change came between the two world wars with massive African American migration to the North pulled by Industrialization, and pushed by the Klu Klux Klan and segregation in the South. Additionally Blacks gravitated towards a more receptive Democratic Party in the North leading to a rise in activism. It was the 1950s Civil Rights Movement comprising of various organizations and led by Martin Luther King that created a push towards the removal of legal segregation and barriers to voting through the Civil Rights and Voting Rights legislation. Thus with federal government taking over the election process in the South, 2000 Blacks were elected to office as compared to 300 before the legislation.

“… Obama turned this weakness into strength recognizing people’s want to get rid of personalities who had dominated politics for too long.”

African American aspiration for the White House began soon after, and the first serious campaign by a Black emerged in 1972 raising the issues of class, gender and race. Later Jesse Jackson, a civil rights activist ran for the Democratic Primary getting 3 million (1984) and 7 million (1988) votes with the effect that he was able to push through reforms, which later became critical for Obama. Lausane stated that there were 9000 elected Black officials today including 43 members of Congress. It had seemed impossible fifty years ago that by 2010 the head of the Republican Party and the Democratic Party (the president) would both be African Americans. But a single glance across the American political scenario clearly indicated how much the dynamics had changed.

Thus in discussing Obama’s rise to power and factors that contributed to his success, Lusane remarked that “Obama made history but history also made Obama”. He attributed Obama’s victory to three major reasons. First, he projected himself as an embodiment of change and his message clearly dictated it. A relative new comer to politics who was virtually unheard off in comparison to the Clintons, Obama turned this weakness into strength recognizing people’s want to get rid of personalities who had dominated politics for too long. Second, Obama brought with him an intriguing personal merit; he was bi-racial, an Ivyleague graduate, came from an interesting background, had an international presence, and most importantly he seemed capable of creating history. Of course, this did not mean that Obama didn’t face any hurdles in his Presidential campaign as ironically early on, it seemed that the Blacks preferred Hillary Clinton over him while the Whites found him more attractive.

The third factor leading to Obama’s success was his unique strategy. Recognizing that he was pitted against a family as influential as the Clintons, his advisors devised a well-thought out two pronged strategy. First, Obama decided to target the smaller States; whereas Clinton remained focused on the bigger ones, miscalculating and assuming that even if Obama won the smaller States, her winning larger States would give her the majority. However, with Democratic Party’s rules dictating proportional representation (winning 30% of the votes would give 30% of the delegates) rather than winner takes all, Obama was able to attain control of a significant number of delegates from smaller states before Clinton realized what was exactly happening. On the other hand, the Republican Party’s choice of a relatively colourless presidential candidate and an equally weak vice-presidential choice proved beneficial as Obama won 53% of the Presidential vote. Demographically, he got 95% of the Black vote, 67% of the Hispanic vote and 42% of the White vote.

Lausane perceptively analyzed the centrality of race in American electoral politics and society. Deducing from the electoral strategies of other presidential campaigns and focusing on Clinton’s strategy, he pointed out that Obama’s race was used by Clinton to create apprehensions in the public through a quasi Southern Strategy. He explained that when Nixon ran for President in 1968, his targeted strategy to attain White votes while ignoring Blacks came to be called the ‘Southern Strategy’. Naturally, it caused a great deal of frustration and enhanced racial divide in the country. This strategy re-emerged in 2008 when it became clear that Blacks would overwhelmingly vote for Obama while the Latino vote was deviating, thus only the White vote remained at the end of the day. In short, Clinton and Republicans did “racialize” the whole campaign. Additionally the Obama campaign had to fight accusations all along: concerns over Obama’s interaction with a “terrorist” some forty years ago, pictures of him dressed up in traditional Indonesian clothes, rumors of him not being an American and in fact being a Muslim were played up, and gained significant media attention. This unexpected twist during the campaign led the Secret Service to intervene and warn the McCain campaign. In fact, at a McCain speech, as a supporter stood up from the crowd and declared Obama to be a secret Muslim, McCain reacted by denying this statement and further stating that even if he was a Muslim, that should not be a problem.

Obama’s election as President also roused what has been termed as the ‘Demographic Panic’. As Black representation in US politics increased alongside an increase in Asian and Hispanic immigrants, this demographic diversity was perceived as a threat by many, to a degree that many Republicans proclaimed that American politics would soon be all black courtesy of Obama’s rise to power. Concluding his remarks, Lusane showed a certain degree of optimism stating that Obama’s election represented a post racial America where race was no longer an obstacle to achievement and success. However, it did not imply that all race-related issues had been resolved as disparities and differentiating impact of some policies harming Black and colored communities were still felt. Elaborating, he gave the example of political disenfranchisement as a result of having a criminal record. In many states across the country, going to prison also meant losing voting rights for a short time or permanently. For example in Florida, 400,000 African Americans had lost their voting rights because of this reason alone.

Dr. Lusane’s talk roused several questions. He responded affirmatively when asked if the support of the Kennedy family contributed to Obama’s success. It mattered especially because it was assumed that the Kennedy’s would support Clinton. Ted Kennedy in particular was most forthcoming in supporting Obama, whose message of change was well received by the Kennedy’s. Moreover the Kennedy’s felt that it was about time that the torch was passed on.

In response to a question on Obama’s stance on the Iraq War, he replied that it was probably what made Obama more popular during the initial part of his Senate campaign in 2004, but as time went on, more and more politicians became strongly opposed to the Iraq War. Hence, this made Obama’s opposition towards the War less significant. Regarding the Afghan War and its impact on Obama’s presidency, he considered it less alarming than the Iraq War because of lesser media attention to the scale of devastation. He did not consider the Afghan War as one of Obama’s main or urgent priorities and was uncertain of it determining Obama’s entire political future. Instead, he argued that foreign relations with countries such as North Korea, Iran, the Middle East and Pakistan would have a more direct impact on his re-election bid. Thus, a great deal of surprise was felt when Obama decided to increase troop levels in Afghanistan soon after winning the Nobel Peace Prize.

“…foreign relations with countries such as North Korea, Iran, the Middle East and Pakistan would have a more direct impact on Obama’s re-election bid. “

In response to a question of carrying the campaign’s theme of Change to the presidential agenda, Lusane explained the constraints of the implementation process. While a great deal of change could naturally be brought about through the Congress, the Congressmen and Senators were not so quick in their agreements even when the president’s party was in majority. Additionally, the administration’s attention to bipartisanship not realizing the degree of opposition had instead shaped politics entirely. The opposition’s strategy to completely block out Obama’s agenda could be seen when a piece of legislation was passed in the Congress without a single Republican vote. However, Obama had stressed that he would rather be a one-term president carrying out all the needed reforms and creating a significant impact than go for a second term and not get much done.