Home>ThirdWorldism: Colonialism and Resistance from the stand point of its victims

ThirdWorldism: Colonialism and Resistance from the stand point of its victims

Qalandar Memon, founding Editor of Naked Punch and a Political Science lecturer at Foreman Christian College presented his paper ThirdWorldism: Colonialism and Resistance from the stand point of its victims at the Faculty Seminar Series of CPPG on April 15, 2008.

Qalandar Memon started with a quote from Franz Fanon who argued that a few of the newly independent countries are taking a position of non-dependence, noncommitment, of the third force to improve man’s lot by taking their destiny into their own hands. Memon sees this as the basis of ThirdWorldism where the colonized begin to articulate the colonial relationship from their own perspective. Genealogically he divides it into the periods of 1940s, a time of nationalist struggles by figures like Nehru, Ho Chi Minh, Sukarno and the 1960s with a Tricontinental character led by Fanon, Castro, Lumumba and Cabral. Thus drawing on the resistance strategies of anti-colonial internationalism (pan-Africanism, pan-Arabism & others), civil rights movements including industrial strikes, peasant revolts and Marxist internationalism with associated armed liberation movements, Thirdworldism focuses on the articulation of one’s own history, starts a discussion of own reality among the colonized and works to create solidarity among them.

Memon draws a distinction between Thirdworldism and Post-Modernism arguing that writers including Foucault while articulating power relationships in heterogeneous phenomena did not respond directly to imperialism. Something akin to Che Guevara’s current image as an antiestablishment pop icon without a nuanced understanding of his anti-imperialist writings and struggle. 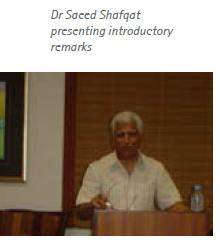 The discourse of Thirdworldism takes a different position by taking imperialism head on. Sartre agrees with Lenin arguing that Imperialism / Colonialism started with capitalist nations’ need to export their goods to new markets leading to a need for political predominance. Sartre defines the first stage of colonialism as ‘first of all overcome resistance, smash the framework, subdue, terrorize. Only then will the economic system be put in place’. In this new system, the colonist acts as both the supplier of raw material as well as the consumer of goods imported from the metropolitan. Thus the colonized is systematically pauperized as he only acts as the provider of cheap labour and not even that after mechanization of economy. A similar situation also occurs on the social front as colonialism comes with the ideology of racial and civilizational hierarchy which is eventually internalized by the colonized. Memmi argues that ‘colonization distorts relationships, destroys or petrifies institutions, and corrupts men, both colonizers and colonized’. Thus Tricontinental thinkers as opposed to Gandhi and the negritude movement argue that it is not possible to move back to native organizational structures after the colonial experience. Instead a new humanism is needed to surpass both the closed past and the de-humanizing present.

Thus culmination of ThirdWorldism is the creation of a ‘new man’ by moving away from imperial and colonial exploitation to political sovereignty and an egalitarian economic structure. Memon sees the current ‘Latin American Alternative’ of Castro-Chavez- Morales as an extension of ThirdWorldism with Castro being a veteran figure, Morales highlighting the colonized own history and Chavez building solidarity among the third world.

The discussant Dr. Wajid Ranjha in his comments raised several interesting questions. He noted that the term ThirdWorldism itself was a contested concept among both the writers of the South as well as the Western Academy and had partly evolved out of the left’s disillusionment of the Soviet communist experience. Most importantly he argued that the current academic discourse of dissent still held the intellectual, cultural and political hegemony of the West as most Thirdworldist writers including Fanon, Guevara and even Iqbal Ahmed were bunched into ‘subaltern’ status, considered too crude to be debated academically or depoliticized through esthetic and academic dissolutions of their ideas. He said that the main question remains of ‘how can we learn from our postcolonial experience so that the nominally independent postcolonial subject can come into his own?’

, Memon responded that he sided with the Tricontinental Thirdworldist. A Thirdworldist who according to him, wanted to change the global and domestic economic relationship among people through resistance. This resistance still needed to be articulated at the national level to achieve political sovereignty as the first step towards formation of the ‘new man’, but it depended on the reorganization of the economy along egalitarian lines after political sovereignty was achieved.

Albert Memmi on the colonized: ‘Being kept away from power, he ends up by losing both interest and feeling for control (…) among the colonized few men are suitable for government (…) how could such a long absence from autonomous government give rise to skill?’