The role of the judiciary – Case of the ‘No Confidence’ vote 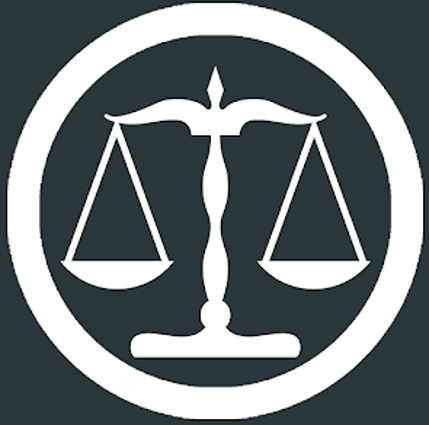 Amidst an ongoing political turmoil, the supreme court of Pakistan gave a historic judgment on 7th April 2022. The Suo Moto taken by the Chief Justice of Pakistan as part of a 5 member bench redressed the concerns of the opposition that was due to pass a vote of no confidence against the sitting Prime Minister Imran Khan. The parliamentary session came to an abrupt end as the deputy speaker of the national assembly Qasim Suri refused to administer the motion of the vote of no confidence, citing a foreign conspiracy as the driving force behind the motion. Soon after Prime Minister Imran Khan advised President Arif Alvi to dissolve the national assembly, with the aim of holding early elections in the country.

The disgruntled opposition then sought the judicial channel to overturn the dissolution and declare the decision taken by the deputy speaker baseless and unconstitutional.

The Supreme Court of Pakistan rose to the occasion and after much deliberation gave a detailed verdict that invalidated the proceedings of the Parliament and the subsequent dissolution of the national assembly. The directive from the court explicitly detailed that the assembly should convene on 9th April to carry out the vote of no confidence motion and that the sitting government should not prevent any lawmaker from casting their vote.

The verdict by the supreme court was met with criticism from the government and its supporters as they claimed that the judiciary had no jurisdiction over the affairs of the parliament and that by dictating the rules of procedure the judiciary undermined the mandate of the legislative body. Other than the foreign conspiracy stance, Article 63(a) was also called into question. Article 63(a) demands the loyalty of the legislators to the party they represent. On the basis of the following article Imran Khan prohibited his party members to vote in the motion of no confidence and repeatedly cited the article to discourage the defectors from defying the party’s stance. The government’s representatives argued that using his position as the head of the Pakistan Tareek-e-Insaaf (PTI), Imran Khan had the authority to ask the speaker of the national assembly to not count the votes of any party defectors.

The opposition and the constitutionalists argued that the government is responsible for upholding the supremacy of the constitution and is liable to allow the process of vote of no confidence to ensue without any political threats or pressures. The dismissal of the motion set a bad precedent which was not in line with the democratic process of the state of Pakistan.

Raza Rabbani from the opposition party stated the speaker’s ruling was illegal. The motion of no confidence can’t be dismissed without voting on it according to Article 95 of the Constitution. He also mentioned that foreign conspiracy was a tout to tackle the motion.

Makhdoom Ali Khan representing the Pakistan Muslim League – Nawaz (PML-N) said the motion was signed by 152 legislators and voted by 161 in favor to put forward. Opposition pointed out the debate on the motion of no-confidence was expected on 31st March and voting was supposed to be on 3rd April but neither of them were held because of the obstruction caused by the PTI government.

The role of the judiciary is to primarily interpret the Constitution, but does dictating the rules of procedure to a body of elected representatives come under the jurisdiction of the supreme court?

The Supreme Court of Pakistan justified its intervention in the greater national interest of the country. The influence, practice and role of a Suo Moto action by the courts has yet to be defined in any constitutional act hence a Suo Moto is usually unpredictable and is practised as an act of judicial activism for the interest of the public as deemed fit by the courts. In Pakistan according to a latest ruling by the supreme court only the Chief Justice of Pakistan has the right to take a Suo Moto notice. The courts justify taking such action for the safety and rights of the public if violated in terms of basic human rights, certain government policies, religion or other fundamental rights.

In the context of Pakistan, the constitutional text of Article 184 (3) stipulates that for the Court to have original jurisdiction on an issue, it first needs to be of public importance. Secondly, that issue must involve a violation of fundamental rights that are enshrined within the first chapter of the second part of the Pakistan’s Constitution.[1]

The article 184(3) caters to cases that are for the interest of the public and courts under this umbrella have the power to enforce solutions and decisions on multiple issues. For instance during his tenure Chief Justice of Pakistan Saqib Nasir took Suo Moto notices on many issues like hospital mismanagement, population growth, water scarcity, land encroachment and money laundering cases in the guise of public interest.[2]

Internationally Suo Moto is also exercised to address issues of public interest and importance. One such example is when in 2021 the Supreme Court of India took Suo Motu cognizance over the contamination of rivers. Because of the negligence committed by the municipal authority, untreated sewage waste was thrown directly into the rivers, the Supreme Court of India stated that “open surface water resources including rivers are the lifeline of human civilisation”.[3] In its seven page order the court stated that it is the duty of the state to ensure that water resources are safeguarded from any contamination so people can have access to clean water and prompted the government to take swift action.[4]

The Jammu and Kashmir High Court recently also took Suo Moto cognizance and requested that the state government to respond to inadequacy and different issues identifying with the wellbeing area of the state. The court took Suo Moto cognizance for a paper article named ‘Clinical Corruption’. The article was an open letter addressed to the Prime Minister of India and focused on “the extreme costs charged for medications, malpractices and unrequired symptomatic tests and medical examinations.” [5]

The Supreme Courts also have the liberty to take a Suo Moto cognizance for any action deemed as a contempt of court, that is either when the dignity or integrity of a court order is challenged or when the delivery of justice is being obstructed by someone.[6]

The judiciary is bound to uphold the constitution just as any other institution of the state. Even though the legislators have the power to amend the constitution or make new laws, it is the courts that decide those laws are not in conflict with fundamental rights guaranteed by the Constitution, the Quran or Sunnah, the law of the land and the basic character of the constitution. These checks give the judiciary a lot of room for interpretation. The judiciary claims it works under the law to protect the law. Although there have been cases of personal bias in relation to the Suo Moto notices taken, reverting the dissolution of the assembly and ensuring the vote of no confidence took place, was a constitutional necessity. The judiciary with their detailed judgment set a precedent, which would discourage future leaders from dictating the proceedings of the parliament according to their own whims and wishes without the due process.